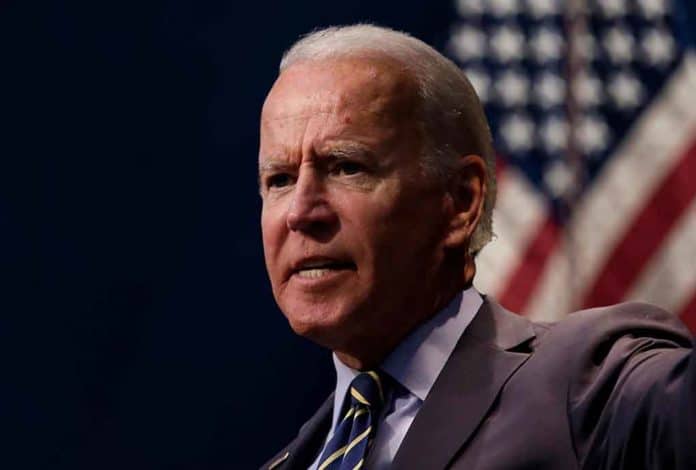 (TheDailyHorn.com) – During former President Donald Trump’s tenure, the press was often agitated that Trump called them out for spreading fake news. They regularly accused the former president of attacking the First Amendment when Trump defended himself from their slanted coverage. Nowadays, most of the press seems to be cozying up to President Joe Biden despite his long string of failures during his first year in office.

On Monday, January 24, Biden got highly personal with Fox News White House correspondent Peter Doocy. It’s becoming a regular occurrence as the Commander in Chief grows testier due to his falling approval ratings and multiple legislative and foreign affairs failures. Always professional and respectful, Doocy often clashes with White House Press Secretary Jen Psaki and now Joe Biden. When Doocy asked Biden if inflation was a political liability in upcoming elections, the president called him a “stupid son of a b****.”

Democrats: Donald Trump’s attacks on the press are an attack on the First Amendment.

Joe Biden to Peter Doocy: “What a stupid son of a b*tch.”

Doocy didn’t take the president’s offensive language personally and said that Biden called him to apologize within an hour of the comment. Doocy said he didn’t care what the president called him as long as he talked. Doocy also said he told Biden that he would always ask him something different than every other reporter in the room.

The Fox News reporter added that he appreciated the president’s call and his effort to clear the air.

This likely won’t be the last time we see this kind of behavior from Biden.