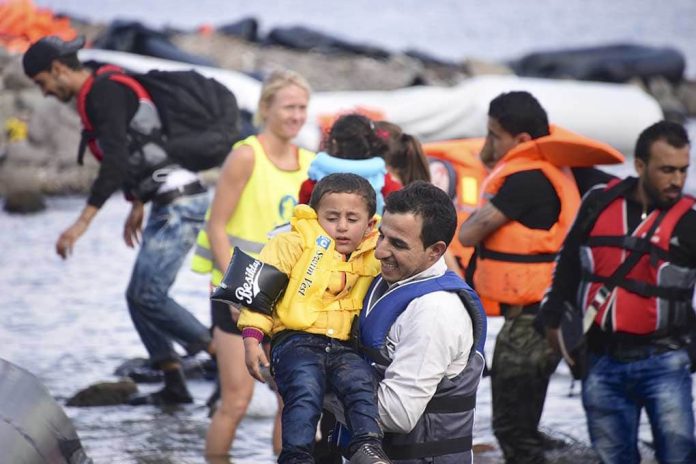 (TheDailyHorn.com) – America is in the middle of an illegal immigration crisis that the Biden administration appears not to be taking seriously. It’s important to remember, however, that there’s a legal side to immigration as well.

Former President Donald Trump sought to overhaul the legal immigration system so that people who can actually contribute to American society are welcomed into the country. Now, Biden is pushing to undo those changes.

Biden’s policy moves on immigration come with the COVID-19 pandemic as a backdrop. In March, US Customs and Border Protection (CBP) reported the apprehension of over 172,000 illegal immigrants. Some who were released into the US had tested positive for COVID-19.

While Biden is reversing many of Trump’s illegal immigration policies, he’s been more willing to hold the line on the former president’s legal refugee cap numbers. However, several Democratic lawmakers are pushing Biden to allow more refugees into the United States. Their efforts are partially paying off.

In early April, the Biden administration signaled it was content to allow the cap to remain at 15,000. However, after some pressure from Democrats, the White House quickly reversed course and said the number would be revised upward by May 15.

In a letter written to President Biden on Tuesday, April 27, Senate Democratic Whip Dick Durbin (D-IL) and 33 other Democrats offered their suggestions on how high the cap should be set. The Democratic Senators said it should be at the substantially higher number of 65,500 refugees by May 15.

According to press reports, the Department of Homeland Security (HHS) has already screened nearly half of the Senators’ desired number of migrants for resettlement into the US.

Will Biden comply with the left’s wishes? We may find out soon enough.