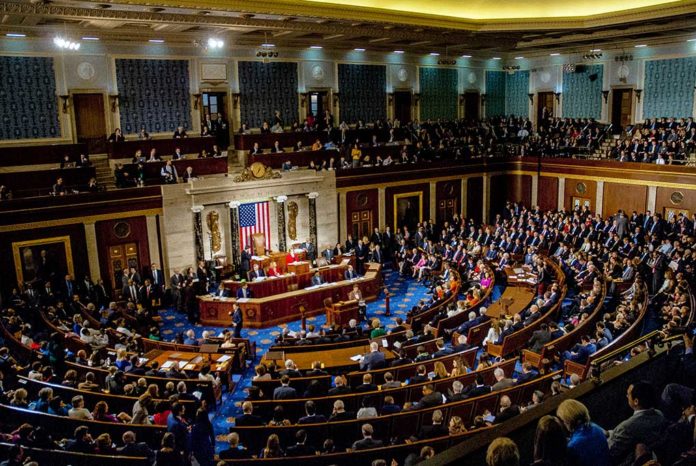 (TheDailyHorn.com) – Democrats in Virginia got shellacked by Republicans on Tuesday, November 2. For the first time in nearly a decade, the blue state elected a Republican governor, lieutenant governor, and attorney general, as well as flipping the statehouse red.

On Wednesday, moderate Sen. Joe Manchin (D-WV) said the election outcome was a sign for Democrats that people care about inflation and education. The West Virginia senator made the news rounds on Thursday morning and warned Democrats not to go too far left.

Manchin stated that the US is not a far-left or center-left country. He argued that America is center or center-right and that the elections in New Jersey and Virginia proved his point. On Wednesday, Rep. Abigail Spanberger (D-VA) backed up Manchin by saying that voters didn’t elect Biden as an FDR-type president to institute massive change. Instead, he was supposed to be a moderate who would stop the chaos of the Trump administration. Spanberger is a Democrat who may be vulnerable in next year’s midterms.

In two separate interviews with CNN and MSNBC on Thursday morning, Manchin defended his positions against the Democrats’ partisan, go-it-alone reconciliation package. In the evenly-divided Senate, all 50 Democrats must vote unanimously to pass a reconciliation bill.

Manchin pushed back against Democrats during a recent CNN interview, expressing optimism that a deal will come together quickly. He said the party must come to terms with what can and cannot pass and urged his colleagues not to force legislation that won’t work.

Why Manchin Is Bucking His Party

In a 10-minute interview on MSNBC, Manchin made it clear that he supports some of the legislation proposed by Democrats, but he does not like the way they’re trying to pass it. The senator said he couldn’t vote for things that don’t make sense for his constituents.

For example, he said he can’t vote to increase Medicare benefits when the program will be insolvent by 2026. Why would he add billions or trillions of new costs to Medicare when Congress can’t afford what it has right now? Many of his constituents rely on Medicare, and until Congress resolves the problem, he can’t vote to harm its long-term viability.

Manchin also said that voting on bills that aren’t funded for ten years is setting the nation and its politicians up for failure. He warned Democrats not to use accounting gimmicks to make questionable measures more palatable.

Perhaps one of the most significant issues concerning Manchin is the lack of bipartisanship. The senator warned that if the Democrats follow through and vote for a partisan reconciliation bill, it will spell trouble down the road.

When the Republicans get power, they will undo the Democrats’ agenda and enact their own. The senator argued the see-saw effect would create instability and harm the economy, businesses, and citizens.