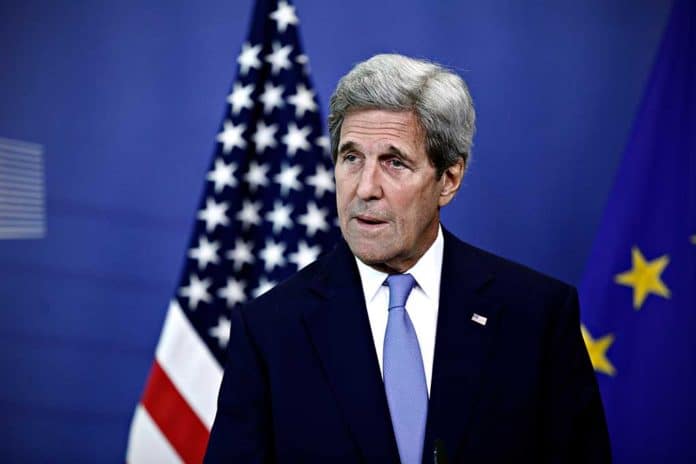 (TheDailyHorn.com) – It appears that some Democrats are willing to sacrifice human lives on the altar of global climate change. That’s how dire the Biden administration feels about the issue.

For anything meaningful to happen, China must be onboard. Yet, a complex game is required to reach a climate change deal with the Chinese Communist Party (CCP), and the Biden administration appears divided over the issue.

On one side, there are the proponents of the Uyghur Forced Labor Prevention Act that passed the Senate last summer. It’s currently sitting on House Speaker Nancy Pelosi’s (D-CA) desk. On the other side, opponents of the proposal say its passage would likely result in China’s withdrawal from negotiations on a pending climate change agreement.

Climate czar John Kerry is on the side of not offending China so that he can get a climate change deal. Yet, it seems that in order to effect positive environmental change, he must advocate selling people’s lives to slave labor to get concessions from China.

Which side of the debate will win?

Will Stopping Uyghur Forced Labor Prevention Act Incentivize China To Get Onboard?

In July, the Senate passed the Uyghur Forced Labor Prevention Act. The intention of the legislation was to significantly slow down Chinese imports made from slave labor. The legislation targets solar panels and equipment the United States needs to move the country away from fossil fuels to greener energy sources.

Here’s the challenge for the US. Domestically, the US doesn’t manufacture enough green products to meet the administration’s climate change goals. That’s a consequence of ceding manufacturing to China over the last several decades. Yet, if America purchases these products that are largely products of Uyghur forced labor, the US government would be complicit in a glaring human rights violation.

The Biden administration has a big decision to make. If the House passes the legislation and Biden signs it, it could have implications for the climate change proposal that Biden has been advocating during the recent UN climate change summit in Glasgow, Scotland.

Kerry believes that if relations don’t improve between China and the United States, Beijing won’t cooperate on any climate change proposals. This essentially means the US must stop criticizing China and resisting any misbehavior by the Chinese Communist Party government, including that related to slave labor and other human rights abuses.

Kerry is a former secretary of state who believes in soft negotiations with China. It’s a far cry from the Trump administration’s approach to the communist regime. Given Kerry’s dedication to the climate change cause, is it a surprise he would advocate for the environment over human rights issues?

Kerry told the media that the US and China were making progress in negotiations at the climate summit. That could mean the US would allow slave labor to take a back seat as it pushes for climate change instead. With China, it’s a one or the other policy. Take it or leave it.

It appears that Kerry’s opposition to the legislation is a signal that the US could abandon its position on human rights. If that comes to fruition, Democrats should never talk about human rights violations again.

They would be complicit.