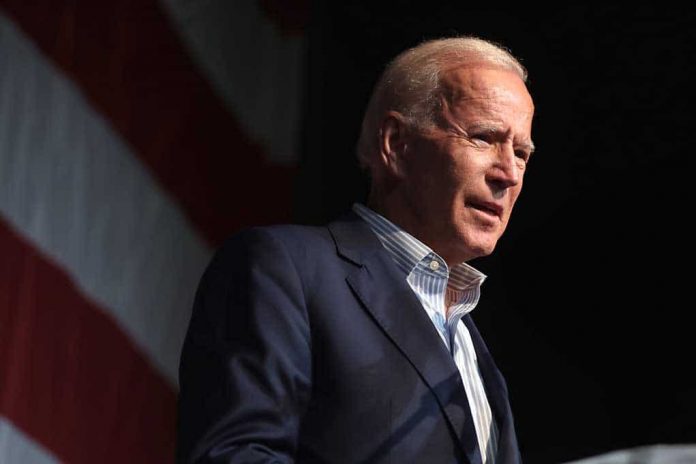 (TheDailyHorn.com) – President Joe Biden’s political clout is eroding quickly due to the botched withdrawal from Afghanistan. On Thursday, August 26, a suicide bomber struck ground personnel near Kabul’s international airport. The suicide bomber killed 13 US service members, and at least 18 others were injured. Throughout the week, the intelligence community had warned Biden that a terrorist event at the Kabul airport was imminent.

On Thursday afternoon, the beleaguered president continued to blame former President Trump for the fiasco. It was too little, too late for many Republicans.

A growing number in the GOP are tired of Biden’s continual failures. Representatives Matt Gaetz (R-FL) and Sen. Josh Hawley (R-MO) are calling for Biden’s resignation, and they aren’t alone.

The Biden Administration’s plan to force CRT and vaccines in the military was more comprehensive than their plan to get Americans safely out of Afghanistan.

Several members of Congress joined Gaetz and Hawley in this chorus. Reps. Elise Stefanik (R-NY), Mo Brooks (R-AL), Gret Steube (R-FL), and Marjorie Taylor Greene (R-GA) are among those in the House who have called for Biden’s resignation. Several in the Senate chimed in as well, including Marsha Blackburn (R-TN) and Roger Marshall (R-KS).

In addition to members of Congress, Trump-era UN Ambassador Nikki Haley also called for Biden’s resignation. However, she also expressed concern about turning over the government to Vice President Kamala Harris, who she claimed could be ten times worse.

The list is sure to grow as the criticism continues to mount.