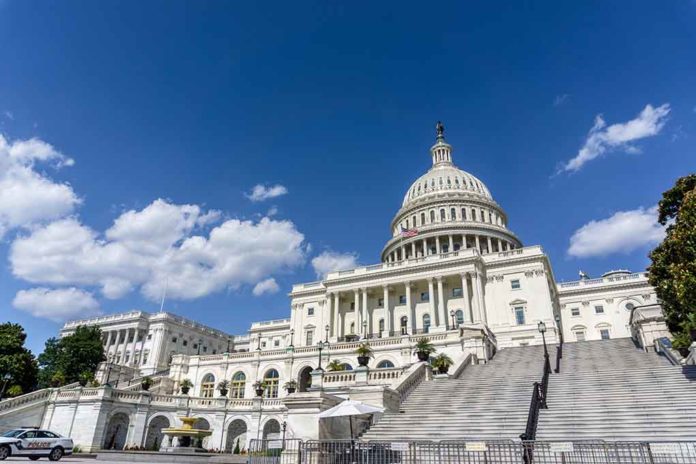 (TheDailyHorn.com) – On January 6, 2021, thousands of people gathered around the Capitol Building as Congress prepared to certify the Electoral College vote in the presidential election. Tragically, a large number of people trespassed into the Capitol building. Some caused chaos and threatened police and others once inside.

So far, the Department of Justice has charged 727 people with a crime arising from the events of that day. One of them, Robert Morss, is a former Army Ranger. On Friday, December 17, US District Judge Trevor McFadden refused a request to allow the veteran out of jail on bail.

Morss has remained in custody since his arrest in June and faces multiple charges, including assaulting police officers. https://t.co/q8frsFQv3Z

Prosecutors charged Morss with robbery, assault, civil disorder, and obstructing an official proceeding. He’s been in custody since June. Morss’s attorney, John Kiyonaga, called the judge’s ruling a travesty and said the 28-year-old is not receiving proper treatment in jail. He doesn’t have a criminal record and has served in the military, and therefore Kiyonago thinks he should be released.

Prosecutors allege that Morss was a crucial player in the riot, arguing that he contributed to the chaos and the danger posed to police on January 6. They added that the veteran didn’t show any remorse for his actions; and they allegedly found a speech he wrote saying he didn’t regret his actions on that day.

While approximately 70% of those arrested were released pending trial, federal authorities are still holding several people charged with offenses in jail. In some cases, defendants accused of crimes could be held a year or more in federal prison before getting their day in court.