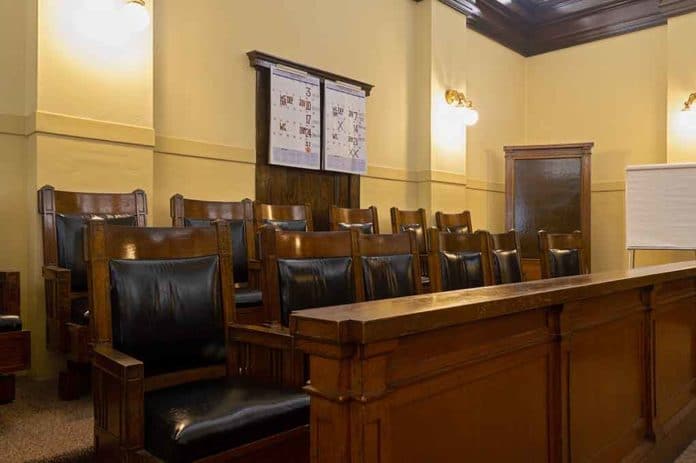 (TheDailyHorn.com) – In May 2020, George Floyd was killed in Minneapolis while in police custody. Protests and riots ensued across the city and throughout the country as social activists demanded justice for Floyd’s death. Finally, last spring, a jury convicted former Minneapolis police officer Derek Chauvin of murdering Floyd.

In a separate case involving Kyle Rittenhouse, a nephew of Floyd’s is reportedly doxxing jurors and demanding they find Rittenhouse guilty of the charges against him, despite evidence suggesting he could be innocent.

George Floyd’s nephew, Cortez Rice, makes a claim that he knows people taking photos of jurors during the Kyle Rittenhouse trial in Kenosha, Wisconsin. His goal is to dox jurors if they do not convict. pic.twitter.com/uwLuV2ftfV

In a video clearly designed to intimidate jurors, Cortez Rice warned that people are watching, photographing, and videoing jury members. He demanded that they find Rittenhouse guilty just like the jury did in Chauvin’s case and warned there could be trouble if they did not.

The US Constitution guarantees that a person is not guilty of a crime unless convicted by a jury of their peers. Jury tampering is a criminal offense. Depending on which state it occurs in, it’s classified either as a misdemeanor or felony.