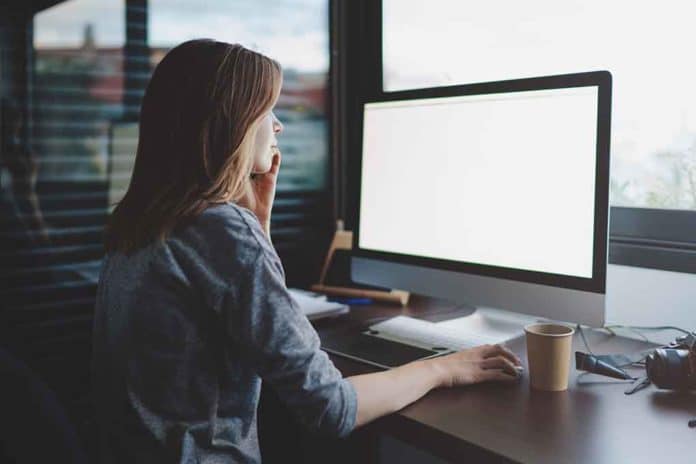 (TheDailyHorn.com) – In 2019 and 2020, then-President Donald Trump asked Congress to re-evaluate the usefulness of Section 230 of the Communications Decency Act. Since Big Tech began censoring conservatives and invoking legal privileges under the rule, it’s virtually impossible to hold internet technology companies accountable. In 1996, that was the intent of the new law.

Now, Supreme Court Justice Clarence Thomas says it may be time for the nation’s highest court to reconsider the rules of Section 230. The long-time SCOTUS justice expressed his views after determining that the Texas State Supreme Court properly upheld Section 230 in a case involving sex trafficking.

In 1996, Congress wrote Section 230 of the Communications Decency Act to protect emerging technologies and entrepreneurs that developed online forums, chat boxes in websites, and interactive games.

The law protects website owners from suit if someone posts illegal content or defames someone on a platform. It also allows a website to remove objectionable or unlawful content without worrying about legal action. Additionally, Section 230 assumes that a platform is not a publisher but a disseminator of others’ content.

Many conservatives argue that the internet is no longer in its infancy and that Big Tech can use the rules to evade accountability for political censorship. Yet, what if the wrongdoing is illegal in the offline world that has nothing to do with politics? Should Facebook, Twitter, Google, or any other online platform be held to a different standard than any other company?

That’s the issue that Justice Thomas appears to be concerned about and wants the Supreme Court to consider.

The case that led to Justice Thomas’ concern involves a male sexual predator and a 15-year-old girl. Allegedly, the man lured the young woman to a meeting using Facebook, then repeatedly raped and beat the girl — then trafficked her. The young woman ultimately sued Facebook in a Texas state court, alleging that Facebook violated state anti-sex trafficking laws and committed numerous other offenses.

Citing Section 230, the Texas Supreme Court dismissed the case against Facebook. Justice Thomas said that a plain reading of the law made sense but suggested that the nation’s highest court should clarify what protections the law should grant to Big Tech.

Thomas said he found it challenging to provide liability protections for Facebook who knowingly allowed a sexual predator to use its platform under the guise of acts and omissions. The justice questioned if the law was intended to offer these kinds of protections to wrongdoers.

In 2021, Thomas stated that the Supreme Court, at some point, would need to address how legal doctrines apply to privately owned Big Tech companies. He also said that he believed Section 230 could be a violation of the First Amendment.

Will anything change if Congress doesn’t re-evaluate and modify the law?

Only time will tell.