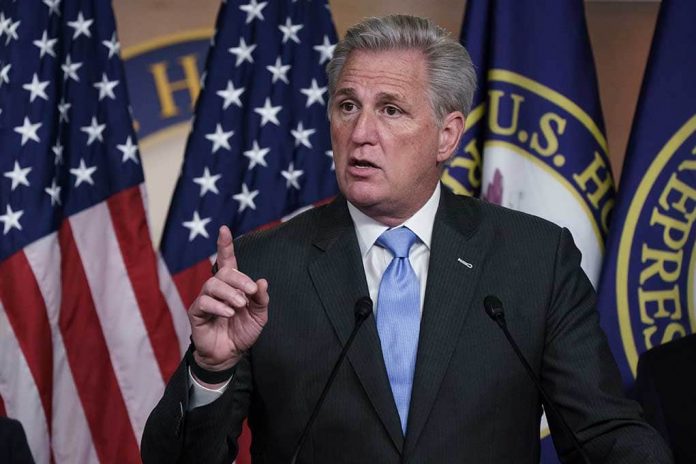 (TheDailyHorn.com) – If there was any doubt about former President Trump’s level of engagement within the Republican Party, it was put to rest on Thursday, January 28. House Minority Leader Kevin McCarthy (R-CA) met with the former president for several hours at his Mar-a-Lago estate in Palm Beach, Florida. According to Trump’s office and a McCarthy statement, the primary purpose for the visit was to discuss how to take back the House from Democrats in 2022.

United and ready to win in '22. https://t.co/YJWqCdBrCh

In the days after he left office, some openly wondered if the former president would start a new party in the wake of another impeachment. However, Trump appears to be against that idea.

In the November election, Republicans stunned prognosticators who expected the GOP to lose House seats, as they increased their numbers by at least 15. Democrats only have a six-seat majority, the smallest in decades.

Prior to the 2020 election, numerous polls said Trump enjoyed a 90% or better approval rating in the GOP. As Democrats continue to move left under President Joe Biden, McCarthy said the GOP needs a “united conservative movement” alongside Trump to defeat the “radical Democrat agenda.”