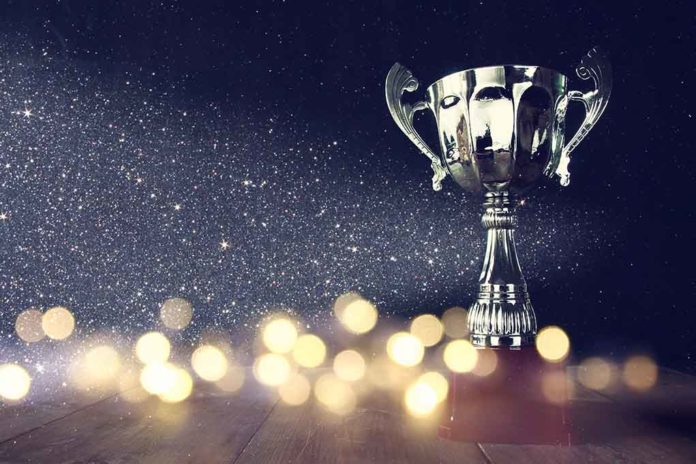 (TheDailyHorn.com) – In 2020, The National Foundation for Gun Rights raised over $50,000 to help Kyle Rittenhouse pay for his legal fees. On Friday, November 19, a jury found Rittenhouse innocent of murdering two rioters and hurting another. Even one of the men shot in the altercation admitted Rittenhouse acted in self-defense, which the defense team also demonstrated throughout the trial. After Rittenshouse’s acquittal, another gun advocacy group labeled the 18-year-old a warrior for gun owners and gave a memorable and symbolic gift.

ALERT: GOA will be awarding Kyle Rittenhouse with an AR-15 for his defense of gun rights in America.

Join us in saying THANK YOU to Kyle Rittenhouse for being a warrior for gun owners and self defense rights across the country!

The Gun Owners of America account tweeted that they will be gifting Rittenhouse an AR-15. Senior Vice President, Erich Pratt, stated that if the two men who died had not attacked Rittenhouse, they would still be alive today. In a separate post, the Gun Owners Association added that the anti-gun crowd wants to stop citizens from defending themselves against violent rioters. The advocacy group added that what the prosecutor in the case wanted was for the jury to acknowledge that no one has the right to defend themselves with a gun.

The association said the AR-15 is not the super deadly weapon the anti-gun crowd tries to make it out to be. They argued that many hunting rifles utilize much bigger and more lethal bullets than an AR-15 does. The group added that FBI reports state the AR-15 kills fewer people than hands and knives.