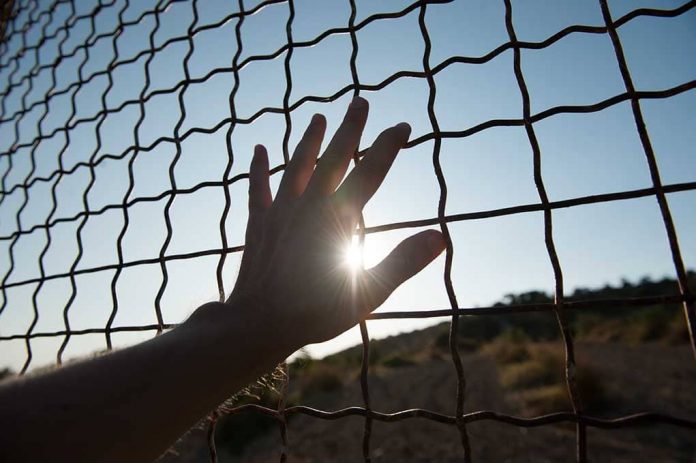 (TheDailyHorn.com) – The trials migrant children are going through under the care of the Biden administration are startling and appalling. Despite the fact that the flow of illegal immigrants toward the southern border shows no sign of slowing down, administration officials continue to insist on limiting the discussions around this humanitarian issue.

At a holding center in Fort Bliss, Texas, staff members were recently caught discussing extremely inappropriate behavior by some staff with migrant children, including violent and sexual interactions.

The leaked audio, which came from a May training session and has been confirmed as authentic by a federal contractor, indicates that adult immigration workers were caught red-handed in various inappropriate acts with migrant minors. Instead of filing criminal charges against the offenders, trainers instructed the staff overseeing illegal migrant children to intervene if they observed someone exploiting a child. However, they didn’t mention that witnesses should also file a report after stepping into the situation.

This development serves to illustrate a growing pattern of secrecy in the Texas facility. In recent days, whistleblowers at Fort Bliss also reported that officials at Health and Human Services (HHS) ordered staff and contractors to keep COVID-19 positive tested numbers secret from the media and public. The agency appears more concerned about optics and politics than the children in its care.