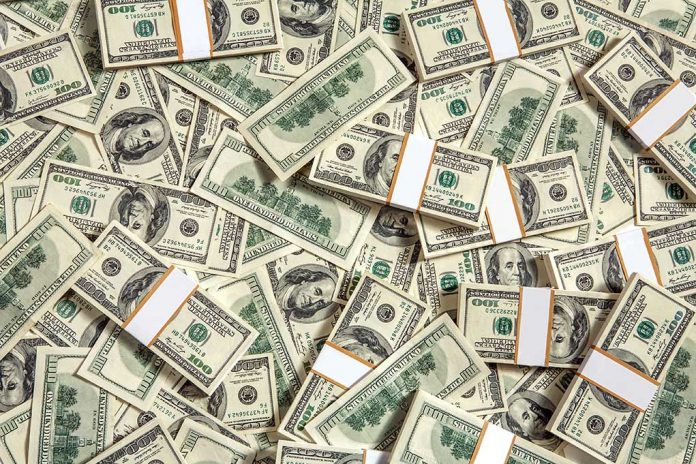 (TheDailyHorn.com) – For years, liberal politicians have claimed that, in order to make the wrongs of slavery right, the government should pay reparations to the black community. A black billionaire is on board with this idea despite his massive financial success in America.

Black Entertainment Television (BET) founder Robert Johnson said the government should pay black people $14 trillion in reparations, and every black person should get a check, including himself.

Bob Johnson is calling for 14 trillion dollars in reparations.
From the article: “I’m talking about cash. We are a society based on wealth. That’s the foundation of capitalism.”
To me this smells like part of the effort to hijack the conversation from us.https://t.co/7s2wtioPe0

Johnson said reparations are a way for the “entire country” to admit that slavery’s legacy is 200 years of systemic racism. He believes that America’s government, law enforcement, and business institutions benefit white people at the expense of black Americans.

Johnson didn’t mention his success or other black people’s success across America. Instead, he argued that those in slavery before the Civil War were cheated out of money. As a result, today’s situation is that black people are owed $13-$15 trillion of wealth and that America must atone for its sins against black people through reparations.

In addition, Johnson said debt relief for black farmers is a deflection from the “wealth transfer” he wants.