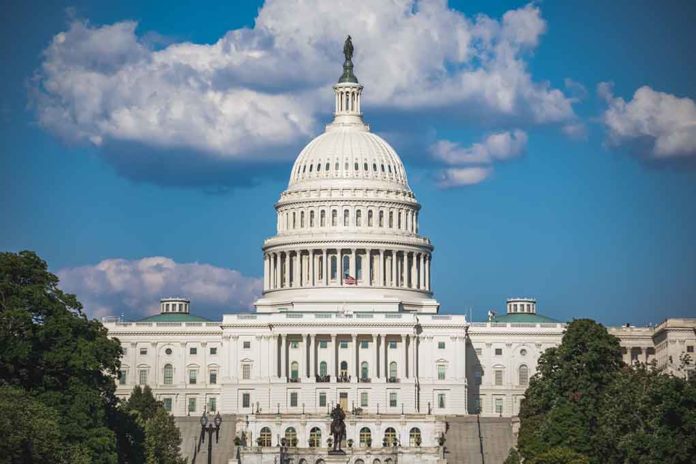 (TheDailyHorn.com) – As the partisan House Select Committee investigating January 6 barrels through its work to find out what it believes happened on that fateful day in 2021, new revelations are coming to light about one of the two anti-Trump Republican members of the panel. Last year, House Speaker Nancy Pelosi (D-CA) commissioned the committee to gather details about January 6. Suspecting the investigation was more about confirming liberal biases than uncovering facts, Republicans denounced the partisan committee and backed out of it.

Rep. Liz Cheney (R-WY) was a rising star in the GOP ranks prior to 2021. After January 6, she became a vocal critic of former President Donald Trump and accused him of inciting the riot on Capitol Hill. She voted to impeach Trump on January 13, 2021, and, in the process, was stripped of her leadership position in the House GOP and endured the scorn of Wyoming Republicans who censured her and voted to no longer recognize her as a Republican. Still, that hasn’t stopped Cheney from furiously going after Trump and his allies. Now, Cheney admits her bias against Rep. Jim Jordan (R-OH), who refuses to testify before the committee.

Jordan is a staunch ally of Donald Trump’s. In the wake of the 2020 presidential election, legitimate questions arose about the election’s outcome due to potential illegal acts by some governors, voter fraud, and voter irregularities. Despite the courts refusing to hear cases, the GOP and Republican voters still tried to question the election results. On January 6, 150 Republicans objected and voted not to certify the Electoral College outcome pending a review to ensure the public could trust the election results.

The committee wants Jordan to talk about that fateful day. He says that request is outside of the bounds of a legitimate inquiry, violates the Constitution, and erodes legislative norms. That’s not good enough for Cheney, but Jordan may have a good reason not to talk with the committee.

The Wyoming congresswoman admitted she lashed out against Jordan and blamed him for the riot on two separate occasions. The first occurred during the incursion into the Capitol building. Jordan tried to help her, and other women present, get to shelter. Cheney told him in no uncertain terms that she didn’t want his help as she accused him, in profane language, of causing the riot. The second instance occurred on a call between Cheney and Joint Chiefs of Staff Chairman Mark Milley. The anti-Trump congresswoman admits to saying on the call, “That f*****g guy Jim Jordan, that son of a b**ch.”

It’s unlikely that the committee can compel a sitting member of Congress to testify. Besides, if you believed the committee was a partisan witch hunt and the committee’s vice-chairman had a strong bias against you, would you put yourself in that ordeal?