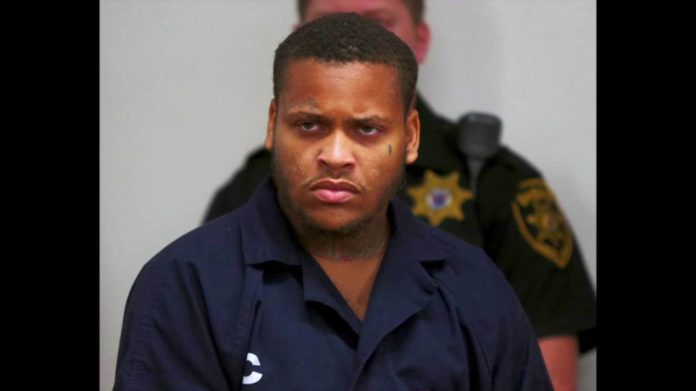 Zachary Tricoche was sentenced to 16 years in prison for the death of a two-year-old boy. Tricoche, 24, punched his girlfriend’s 2-year-old son after getting into a fight about food, prosecutors said.

The man punched a 2-year-old boy so hard that the boy was launched into a wall, and then instructed the toddler to “put his hands up” and fight the man. The blow caused the child to fall off the bed and hit his head against the wall. He was rendered unconscious.

The child’s mother, Trioche’s girlfriend, called 911 around 11:30 p.m. Saturday and said her toddler was unconscious. The child had vomit coming out his nose and mouth and was bleeding internally, and was pronounced dead at Cooper University Hospital.

Tricoche has a lengthy criminal history that includes distributing drugs in a school zone and loitering to obtain a controlled substance.

Gerome DeShields, the child’s grandfather, told reporters that Tricoche was less of a man for putting his hands on a child, especially a toddler who was only 2 years old.

Tricoche admitted striking the two-year-old victim in the stomach, causing internal bleeding that ultimately resulted in the victim’s death.

Tricoche looked at the floor for much of the arraignment hearing. He was held on $1 million bail.

For more information on this heartbreaking story, consider the following news outlets listed below: