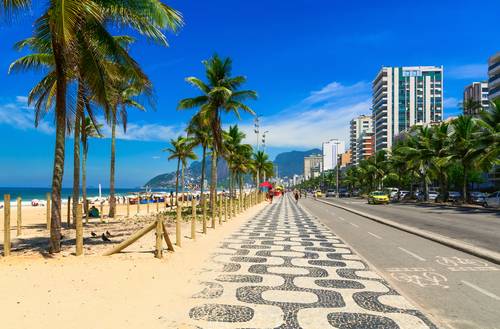 In Brazil, a man fell 40 feet to his death while snapping a selfie along a cliff’s edge.

Igor de Oliveira Rodrigues Dias, a logistics analyst, had gone to Joatinga Beach in Rio de Janeiro, Brazil to celebrate getting his dream job on November 10.

His mother, Luiza Rodrigues, said in an interview, “In the morning, he had signed a contract with a company he wanted to work for. So he went out with a friend to have a little celebration on the beach.”

He took a selfie from the top of a massive rock overlooking the beach, but it ended with him losing his life in a freak accident.

Dias attempted to take a selfie on top of the large rock. After losing his balance on top Dias fell 40 feet to the ground where he hit his head on a rock below.

Firefighters arrived at the location and pronounced Dias dead at the scene. His body was airlifted out of the area.

The loss has devastated Dias’s family. He was the pride and joy of his parents. In the wake of Dias’s death, his family is heartbroken. Luiza shared, “He was an only child, he studied, and he had a whole life ahead of him.”

Igor’s grief-stricken father, Jonas Dias, responded, “He died before me, and I don’t accept that. I think that every son has to bury his father, and not the father bury his son. It was a tragedy.”

Safety needs to be the top priority when taking a selfie. “We always have to be safe, never get close to the edge of the rocks, ask someone to take a picture, if necessary,” Fabio Contreiras, a spokesman for the Rio de Janeiro Fire Department, stated.

Selfie deaths have continued to rise.  In August of this year, a family of six drowned at Ramdaha Falls in Chhattisgarh, India. In this case, two teenage sisters were attempting a selfie. However, they ended up falling into the water. Four relatives tried to save them, but they were unsuccessful. All six members of the family perished.