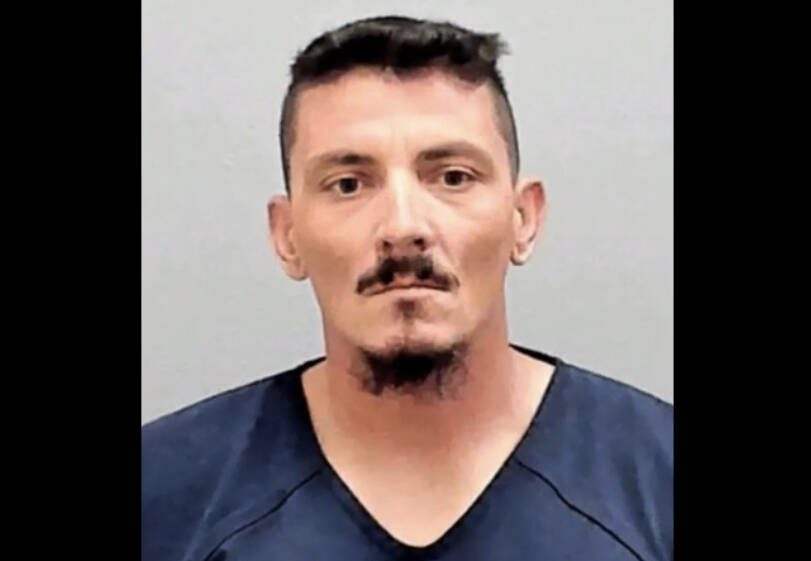 A man accused of murdering his mother was caught with blood on his hands, according to Law and Crime.

On Dec. 31, investigators responded to a call from a neighbor in the 5000 block of Southeast Railway Avenue in Stuart, Florida. When they arrived at her house, they discovered a body.

Darren Keith Pouncy, 34, was taken into custody for the murder of his mother, Christina Ruth Diorio, 58.

According to investigators, Pouncey had blood all over his hands when they took him into custody on Dec. 31, 2022.

As Law and Crime reported in the field case report, Martin County Sheriff’s Deputy wrote, “Pouncey’s hands were bleeding and swollen.” The deputy documented blood wasn’t just on his hands; he wrote, “I noticed blood droplets on the concert floor of the screen porch.

There were blood smears on the vertical blinds and on the door handles. I noticed damage to the drywall near the master bedroom light switches where it appeared it was punched. I noticed the bedroom door had a crack on it towards the bottom half.”

After reading the text, the neighbor went to check on Diorio the following morning and found her body.

According to deputies, the female neighbor’s husband got involved and spoke to Pouncey.
“Pouncey told him, Pouncey wanted a gun,” the court records stated. In response the neighbor has told Pouncey,” ‘It’s not worth it.”

A wallet belonging to Pouncey was discovered in another bedroom, investigators said. According to Law and Crime, a notebook was also found that read, “soo I gave into the Devil Tonight!! Apparently. I’ve tried to love but is seems love is dead and people just got fucked instead. No rhyme or reason!! I love you but I have become to accustomed to the hell this world is… I belong. I’m sorry.”

It was reported that Diorio had expressed concerns to family members about her safety in her home.

According to investigators, Pouncey could not recall anything from the previous night. As a result of his questioning, he eventually admitted he had been out for dinner the previous night and that perhaps he had a drink along with his meal.

Pouncy has been charged with 2nd degree murder, dangerous and depraved without premeditation.