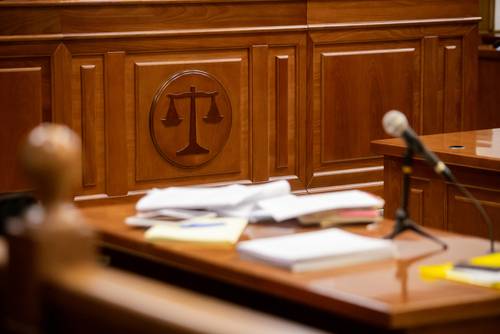 According to a motive filed by the South Carolina Attorney General’s Office on Dec. 8, 2022, Richard Murdaugh, also known as Alex,54, was about to lose everything he owned.

As reported by Post and Courier, State Grand Jury Section Cief Attorney Creighton Waterswrote, “The jury will need to understand the distinction between who Alex Murdaugh appeared to be to the outside world, a successful lawyer and scion of th emost prominent family in the region, and who he was in the real life only he fully knew. An allegedly crooked lawyer and drug user who borrowed and stole whatever he could to stay afloat and one step ahead of detection.”

She added, “Proof of years of Alex Murdaugh’s unbroken series of misappropriations, lies, loans, debts, and thefts is necessary to explain that distinction to a jury. Only then can a jury understand that the clouds of Defendant’s past were gathering into a perfect storm that was going to expose the real Alex Murdaugh to the world — and which would mean facing real accountability for his life.”

An alleged decade-long series of financial crimes is at the heart of the prosecution’s case. Murdaugh is also accused of property fraud, insurance fraud, computer fraud, and money laundering. He also is facing two counts of murder in the first degree. Furthermore, prosecutors charged him with stealing millions from a fund established to benefit his former housekeeper’s family, who passed away on his family’s estate. His former law firm is also suing him in civil court for allegedly stealing money from clients.

As a result of a boating accident, Mallory Beach, 19, lost her life in February 2019. It is believed that Murdaugh’s now-deceased son, Paul Murdaugh, was alleged to have purchased alcohol illegally and then drove the boat intoxicated. Afterward, he faced three criminal charges.

Multiple things were coming to a head for Murdaugh. According to the filing, Murdaugh’s finances were crumbling, and he lacked the cash needed to repay Wilson, the Bamberg lawyer, for the legal fees that had not been paid.

According to the filing, as Murdaugh was preparing for the upcoming boat crash hearing, an employee of PMPED entered his office and demanded an explanation of where the missing fees were. Murdaugh had also just learned that his father, who had previously loaned him money, was in critical condition in the hospital.

That night came the murder of Murdaugh’s wife and son, Margaret, also known as Maggie, 52, and Paul, 22. Murdaugh claimed to have found both bodies shot to death on the Murdaugh family property, a 1,770-acre hunting lodge.

According to the filing, Murdaugh immediately tried to place blame on the killer’s motive stemming from the boat accident that killed Mallory Beach.

According to Waters, That evening, Murdaugh’s wife and son were killed, making Murdaugh “the victim of an unspeakable tragedy,” Waters wrote. “Everyone backed off their inquiries and rallied around him.”