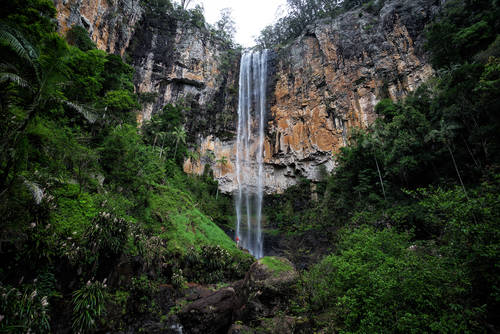 What should have been a lovely hike turned into a very tragic event. A 79-year-old father plummeted to his death while hiking in the Springbrook National Park on Thursday, September 15. He reportedly fell 25 meters (about 82 feet) while walking the Purling Brook Falls hike in Gold Coast, Queensland, Australia.

According to The Daily Mail UK, The unidentified man was on holiday visiting one of his daughters in Queensland. He was with two of his daughters on the hike. As they were hiking in a narrow part, the man stumbled and fell. His daughters witnessed the horrible fall.

9 News reported that one of the daughters tried to make her way down to where her father had fallen, but she could not help him. Shortly later, she had to be rescued by the Queensland Ambulance Service helicopter.

The Queensland Police told Daily Mail Australia, “Crews located the man at the bottom of the cliff, and he was declared deceased a short time later.”

The Purling Brook Falls hike is very favored and can be busy at times. Alltrails describe it as a 2.5-mile loop trail. It is “generally considered an easy route, and it takes an average of one hour and 26 minutes to complete.” The waterfall is also a popular water feature for many photographers.  Rock pools at the bottom of the falls provide nice swimming holes for those wanting to swim. In addition, there is a suspension bridge that you cross over to walk on the other side of the falls.