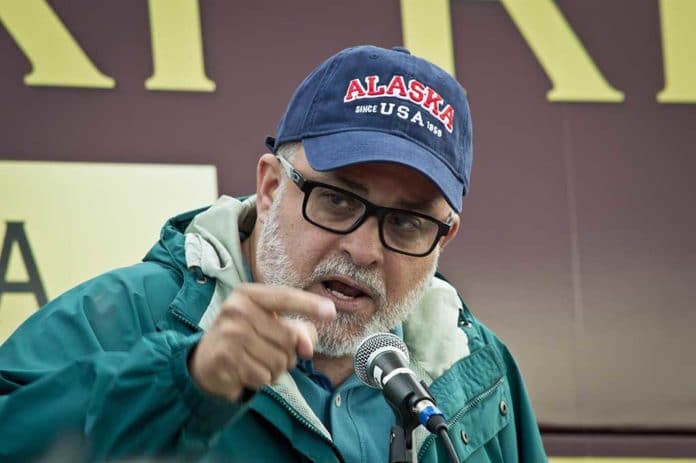 The contrast between the media treatment of the two presidents couldn’t be any greater. Trump was harassed continually by the opposition party for trying to make America a better country for its citizens. The results spoke for themselves, but the media and Democratic narrative painted a dark and gloomy picture. On the other hand, Biden proposes radical social changes and hasn’t achieved a single win for the American people.

Levin Demonstrates How Democrats Made a Demagogue of Trump

Democrats and the media had one objective during Trump’s presidency; to run him out of office. To do it, Levin argued on Sunday that the Left needed to skew the facts, make things up, ignore history, and create an all-out propaganda campaign.

Sadly, nothing’s changed. If Donald Trump runs again in 2024, they will do everything possible to ensure voters oppose the 45th President of the United States again.

In 2017, Levin reminded his viewers that the Hillary Clinton campaign, Obama/Biden administration, FBI, intelligence community, and media concocted the Russian collusion hoax to try to take out the duly elected president by alleging he was elected fraudulently.

Congressional Democrats held constant hearings, and the press carried their water. Deputy Attorney General Rod Rosenstein confirmed to Congress in 2020 that there was never a basis for any of the investigations, including the one conducted by Robert Mueller and his gang of angry Democrats. The whole thing was a plot aimed at getting rid of Trump.

In 2019, Levin reminded viewers that House Democrats impeached Trump twice on bogus charges. Social media giants Twitter and Facebook censored and later removed the former president from their platforms. People loyal to the Left in the federal bureaucracy continually leaked misleading information to the press to make Trump look bad.

That’s not all. Levin reminded people of a phony whistleblower that led to Democratic attempts to get Trump’s tax records. They attacked him over the emoluments clause. They called him an autocrat, authoritarian, Hitler, Stalin, a racist, and other horrifying names.

Democrats and the media couldn’t destroy Trump’s support despite their extreme negativity. Why? Trump created a phenomenal economy, forced NATO countries to step up and improve the military alliance, and demanded that other countries respect America and take the nation seriously. Peace was prevailing in the Middle East. Plus, Trump ensured the creation of vaccines to combat COVID-19.

Levin didn’t mince words when contrasting Biden’s performance. More people died under Biden than Trump due to COVID-19. Plus, the man who promised to unite America divided it worse than it’s ever been.

Biden, Democrats, and the media called Trump an autocrat, but it’s Biden destroying people’s livelihoods over vaccine mandates that the courts are now staying because they are unconstitutional. The president often attacks the federal courts, calls Republicans who reform election laws racists, pushes critical race theory, and challenges the separation of powers.

Levin reminded Americans that illegal immigration is entirely out of control. Biden continues to lose lawsuits over his failure to adequately protect America’s borders. He lost the Remain in Mexico challenge to Republicans in federal court.

Drug use is rampant. Crime is surging across America. Inflation is reaching record highs, people aren’t working, and Democrats in Congress in coordination with Biden are spending trillions of dollars expanding the government and creating a massive welfare state. Through it all, Biden throws misinformation in the mix.

Inflation is transitory, America’s back, and all is good – that is Biden’s narrative.

Levin added that China is out of control, Russia sees America as weak, and the US withdrawal from Afghanistan was a complete debacle.

Do you notice any hearings on Capitol Hill? Of course not.

So, will America wake up to the reality versus the fake Democratic and media narrative?