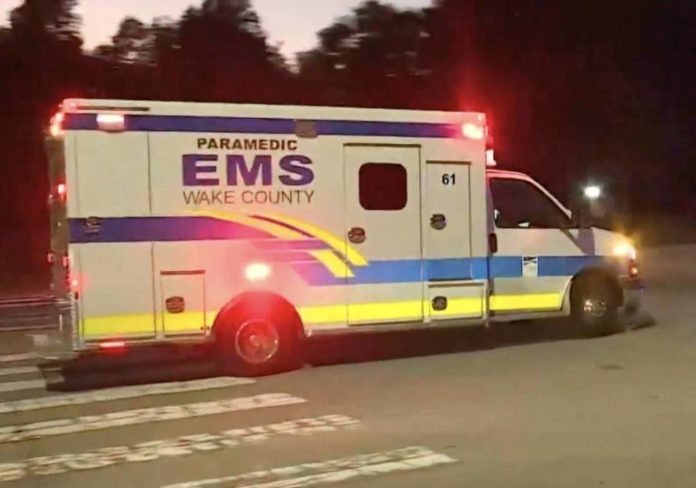 A horrible shooting claimed the lives of five people, including an off-duty police officer. On Thursday night, a gunman opened fire on a nature trail in Raleigh, North Carolina, injuring at least two others.

The suspect was reported as a white male juvenile who has been taken into custody by police. His identity has not been released due to his age.

According to ABC11, a source told them that the incident started when an off-duty Raleigh police officer on his way to work confronted a male teenage gunman along the Neuse River Greenway, according to the source this is what led to the shootings.  This report has not been confirmed by police officials.

According to Raleigh Police Lt. Jason Borneo, no active threat is present, adding that the police will investigate for a motive in the shooting.

Borneo said that an officer had been released from the hospital, and a second person was still in critical condition.

Mayor Mary-Ann Baldwin said that a K-9 officer was among those injured and sustained injuries that were not life-threatening.

“When we lose one of our own, it is a tragic, heartbreaking day for all of us,” Borneo commented.

According to reports, several individuals were transported to WakeMed Health and Hospitals’ trauma center following the incident. Their condition is unknown at this time.

North Carolina Gov. Roy Cooper said, “Tonight, terror has reached our doorstep. The nightmare of every community has come to Raleigh; this is a senseless, horrific, and infuriating act of violence that has been committed.”

Raleigh Mayor Mary-Ann Baldwin stated, “We need to support those in our community who have suffered a terrible loss, a loss of a loved one. We need to support the family of the police officer who was killed and also the police officer who was shot. It’s a tragic day because Raleigh police have lost one of its own. I just want to thank the extraordinary officers of the Raleigh Police Department, who even now, right now, are protecting us and putting themselves in harm’s way to arrest the suspect,” Baldwin said during the press conference.