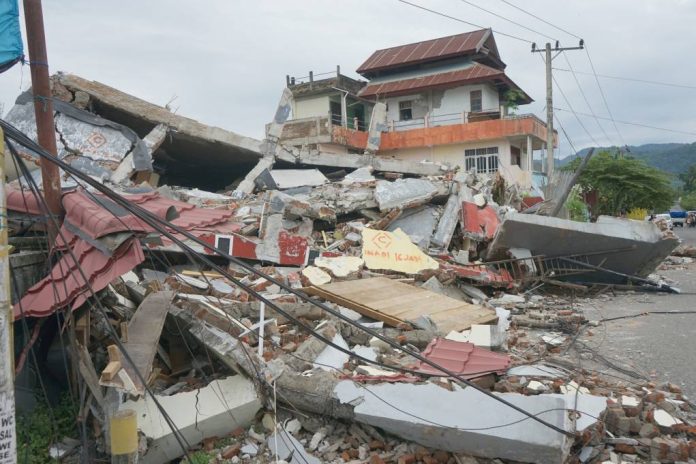 First responders set up a mobile clinic to treat victims while others searched for survivors among the debris. It is estimated that 700 people were injured in the disaster, according to the chief of the National Disaster Mitigation Agency, Suharyanto.

An employee of a boarding school, Dwi Sarmadi, told The Associated Press that “Buildings were completely flattened.”.He added, “I was working inside my office building. The building was not damaged, but as the quake shook very strongly, many things fell. My leg was hit by heavy stuff.”

According to West Java’s governor, many people were treated outside in the hospital parking lot after losing power for several hours following the quake.

Many more people are believed to be trapped under the collapsed buildings, and rescuers have been working through the night trying to save them.

The area could be without power for up to three days, Mr Kamil wrote on Twitter on Monday night. In addition, officials were experiencing “a lot of problems” because of poor mobile phone reception.

There has been a conflicting number on the deaths reported so far. According to Indonesia’s Disaster Mitigation Agency (BNPB), 103 lives were lost in the disaster. However, another figure of 162 was provided by the regional governor Ridwan Kamil.

The BNPB reported that 390 people were wounded and 7,000 people had sought refuge.

Ahmad Ridwan, an office worker, told Reuters: “We are used to this [earthquakes] in Jakarta, but people were so nervous just now, so we also panicked.”

According to Mr. Kamil, more than 13,000 people have been displaced and remain in “isolated places” due to the disaster.

The officials believe that the numbers of those injured and killed will rise in the coming days.