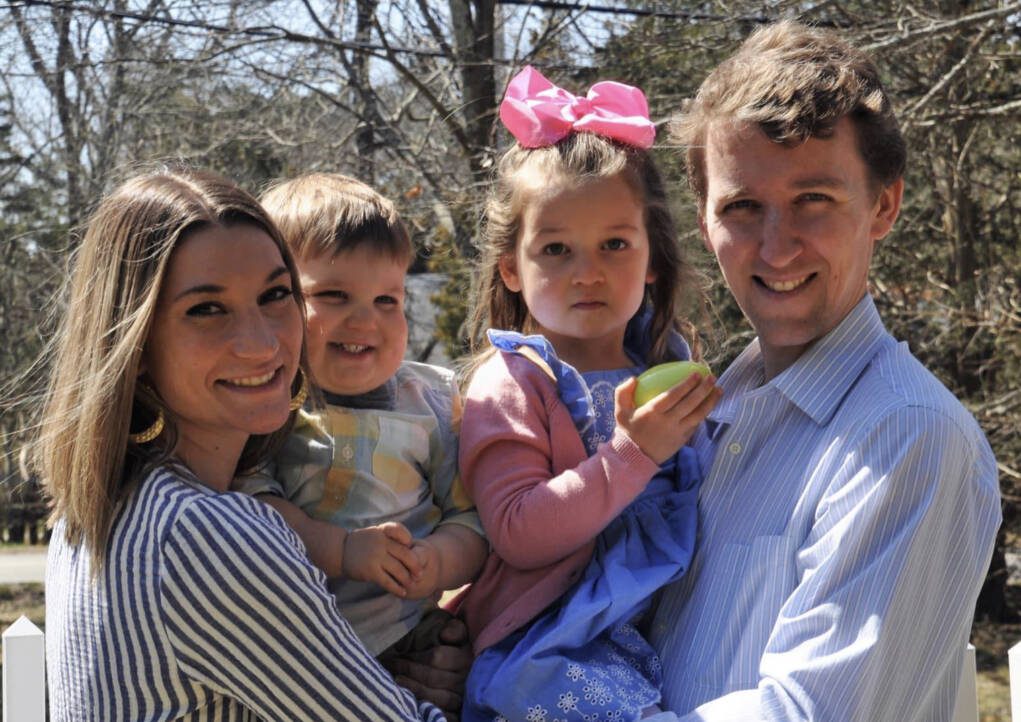 Lindsay Clancy, a 32-year-old midwife, has been accused of the horrendous crime of strangling her two children, Cora and Dawson. She also attempted to kill her eight-month-old baby before she jumped out of the top-floor window of her home, which she survived.

Her husband, Patrick, reported the incident to the police when he returned home around 6 pm on Tuesday. Clancy survived, and the baby was taken to a nearby hospital, where he was revived and is still being treated today. The two children were pronounced dead upon arriving at the hospital.

It has been speculated that Clancy may have had postpartum psychosis, as reported by WBZ-TV. However, officials have declined to comment if that contributed to the murders.

Postpartum psychosis is a mental health condition that can have an affect on new mothers after they give birth. Those suffering from this condition may experience delusions, hallucinations, and paranoia.

Plymouth District Attorney Timothy J. Cruz said, “When something like this happens, there are obviously usually more questions than there are answers,” he said. “As we proceed forward, we will give answers as we can.”

According to police, Clancy has been charged with two counts of murder, three counts of strangulation, and assault and battery with a deadly weapon.

Cruz praised the first responders for their professionalism and hard work. He also expressed his condolences to the Clancy family in the wake of the tragedy.

He said, “I cannot begin to fathom the pain, the depths of pain they must be feeling.”

The Massachusetts General Hospital, where Clancy was employed as a labor and delivery nurse, released a statement to the Boston Globe expressing their shock and sadness at the events.

It read, “‘We are shocked and saddened to learn of this unthinkable tragedy. We extend our deepest sympathies to all those affected by these devastating events. “

The state medical examiner’s office will conduct autopsies on the two children to determine how they died.