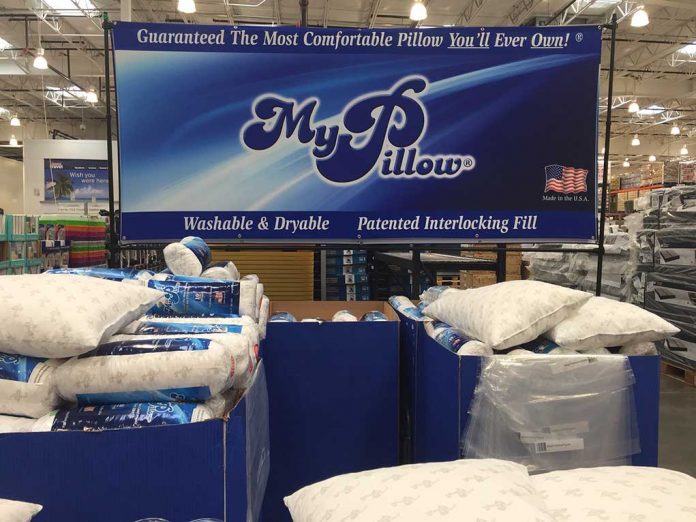 (TheDailyHorn.com) – MyPillow founder and CEO Mike Lindell is intent on proving that the 2020 election wasn’t decided fairly. Since December, Lindell has been one of the most outspoken conservatives regarding the 2020 election. The famous CEO is launching a cyber symposium in Sioux Falls, South Dakota, from August 10 – 12.

When Lindell tried to air a commercial for the event on Fox News, they blocked it. In retaliation, Lindell pulled millions of dollars of MyPillow ads from the news network.

MyPillow founder Mike Lindell has declared all-out war on Fox News for banning an ad in which he promotes a three-day cybersymposium. https://t.co/2fHfuRLJfR

Lindell diverted MyPillow advertising dollars from Fox News to other conservative outlets. Among them is NewsMax, which says it doesn’t endorse advertisements. The famous MyPillow CEO says the event ought to be a significant news story but added Fox News would likely ignore it.

Lindell says the 72-hour symposium will prove that Democrats rigged the 2020 election. Over 65 forensic cyber experts will piece together what happened and challenge the official results of the election. The three-day event will include a recreation of the vote-counting in hopes that Americans learn what actually happened.

Democratic, Republican, and independent politicians are invited to the symposium. Lindell said that House Speaker Nancy Pelosi (D-CA) turned down his invitation over a conflict in scheduling.