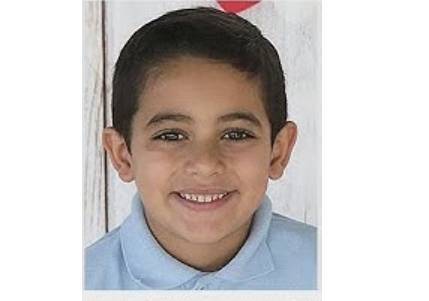 Two months after a Miami boy disappeared, a concerned citizen recognized the missing autistic boy in a Walmart with his father, police said. They called in a tip, and the boy was later found. According to the Royal Canadian Mounted Police, he was found in Moncton, New Brunswick, on Sunday. Officials say that the boy was in “good health and unharmed.”

His father, Jorge Gabriel Morales, and Lilliam Morales, the boy’s paternal grandmother, picked him up from his mother’s home in Miami at about 9:15 on Saturday morning on Aug. 27. His mother, Yanet Leal Concepcion, reported Jorge Morales missing after his father failed to bring him back to her as per their custody agreement.

As a relieved mother knowing her son was found and doing well, Concepcion told Local 10, “I’m just so happy because my son is okay; I feared the worst, every mother fears the worst, and I’m just, I can’t, my body is like leaving my soul. I’m just so happy; I can’t stop crying.”

She continues telling the station, “I’ve never been this happy; this is only going to be topped by the moment I hug him. Nothing compares to this feeling; I’ve never had this feeling this happiness; I am just so blessed right now I don’t even know what to say.”

Jojo Morales and his father, Jorge Gabriel Morales, were identified by a tipster at a Walmart in Moncton, according to the National Center for Missing & Exploited Children.

In September, the FBI tracked Jorge Morales to a Walgreens in Houlton, Maine. They could not locate him or the boy after that until Sunday, when the concerned citizen made a report.

Concepcion shared that Jojo is mostly unaware of what happened.
She adds, “He asked me where I have been because he doesn’t know. He’s very unaware to what’s going on. Thankfully, it’s a blessing in disguise that he is living with autism because he thought he was on vacation, and I told him the same.”

“We are forever grateful [for the person who called the police], It takes courage to say something, and I know it does, and I hope they know that thanks to that person, I’m going to see my son again,” Concepcion told the station.

The Miami-Dade Police Director, Freddy Ramierez, stated, “This is another example of how local, state, federal, and international law enforcement, along with the United States and State Attorney’s Office coming together for the safety of a child and will continue to work together to fight the greater evil.”