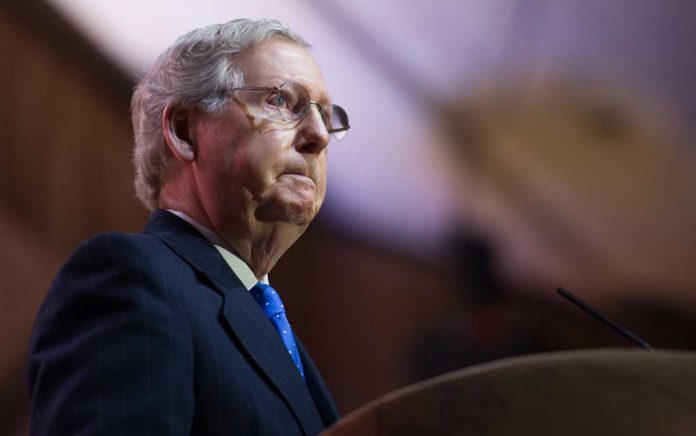 (TheDailyHorn.com) – Ordinarily, members of the Senate don’t get involved in internal House matters. Senate Minority Leader Mitch McConnell has broken that unspoken rule. Rep. Liz Cheney (R-WY) was the highest-ranking Republican to vote to impeach former President Trump before he left office on January 20. Cheney created a lot of ill will with House Republicans, many of whom want to remove her from her position as the third-highest-ranking Republican in the House. McConnell, however, came to Cheney’s defense.

In a statement on Monday, February 1, McConnell praised Cheney’s “deep convictions” and “courage.” He added that Cheney is an “important leader” for the GOP and the nation.

Cheney is the daughter of former Vice President Dick Cheney. Like McConnell, she is an establishment Republican. In recent weeks, McConnell has signaled he’s willing to break with former President Trump. While the Senate’s GOP leader didn’t say how he would vote, McConnell has not denounced Trump’s upcoming trial like some of his party colleagues.