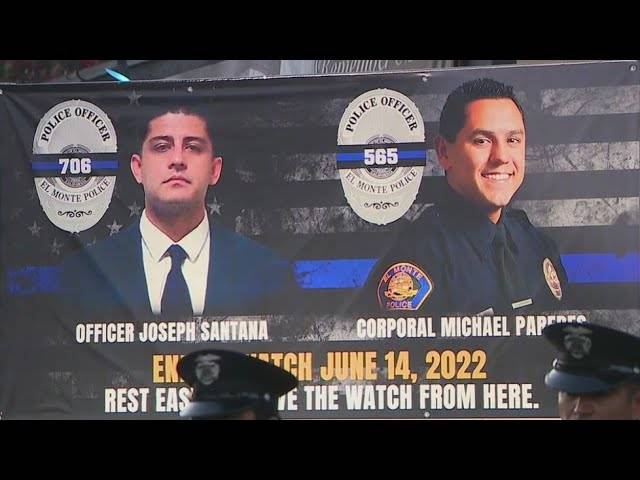 The parents of a slain California police officer are demanding Los Angeles DA George Gascon be recalled for his far-left policies. They say Gascon’s policies are to blame for their son’s death.

Gunman Justin Flores,35, shot and killed El Monte Police Department Officer Joseph Santana, 31, and Cpl. Michael Paredes, 42, after they were sent to investigate a report that a woman had possibly been stabbed.

Flores was shot and killed by El Monte police officers after a gun battle inside a motel room. The suspect was on probation for a gun charge.

The city of El Monte announced that Corporal Michael Paredes and Officer Joseph Santana were killed in the line of duty by the suspect.

Hundreds of people gathered in El Monte, California, to remember two police officers who were killed during a shootout last week.

Ogla Garcia, Officer Santana’s mother, said her son was a good man and a great father to his two-year-old twins and nine-year-old daughter.

Garcia placed the blame for the loss of her son on Los Angeles District Attorney George Gascón. She said that criminals don’t stay in jail long enough, and that California needs law and order. 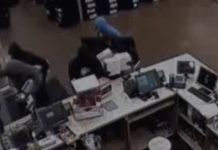