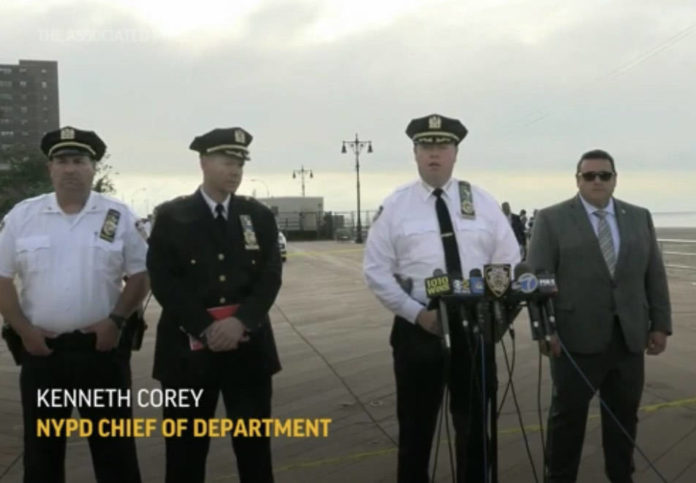 Three young children were found dead on Coney Island early Monday morning. According to the police, the three children were “discovered on the shoreline at the waters edge” on Coney Island in New York. Police believe the mother may have drowned the children. The mother, an unidentified thirty-year-old woman, has charges that are pending.

According to authorities, the three children included a seven-year-old boy, a four-year-old girl, and a three-month-old baby girl.

A 911 call is what started the search for the family. A family member was initially concerned and called for help. The first call was at 1:40 am, and soon after, police were dispatched to the woman’s apartment building in Coney Island to check on her and the children.

During a news conference, NYPD Chief Kenneth Corey described the call, “The caller indicated that she was concerned that her family member may have harmed her three small children.”

The woman was not at her home, but the children’s father was at the apartment building and shared the same concerns. He believed that the woman and children could be on the boardwalk.

The search began, and police scoured the whole area, including the beach, the boardwalk, the hospital, and many other parts of the island. Eventually, the police received another 911 call. The call was received at about 3 am, directing police to a new area; it was there that they found the thirty-year-old woman, but the children were not with her and were nowhere in sight. Police say the woman was barefoot and drenched.

At about 4:42 am, the children were found. When police discovered the children, they began CPR immediately and tried reviving them. They were quickly rushed to the Coney Island Hospital, where they were pronounced dead.

Police are actively looking for witnesses to help understand what took place. Police will continue to investigate the deaths.