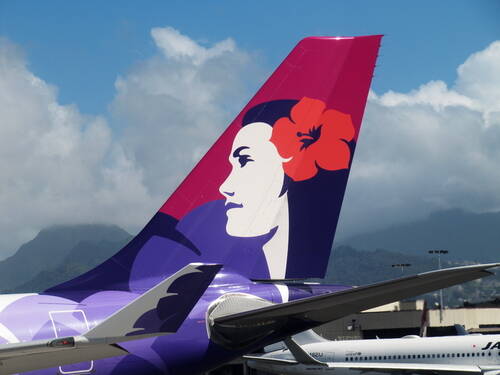 On a Hawaiian Airlines flight, 36 people were injured after the commercial airliner encountered extreme and severe turbulence.

On Sunday, Hawaiian Airlines Flight 35 began their flight from Phoenix, Arizona, to Honolulu, Hawaii. Thirty minutes before the plane was scheduled to land in Honolulu, the airline encountered extreme turbulence at approximately 10:35 a.m.

As reported by Hawaii News Now, flight passenger Kaylee Reyes shared that passengers were thrown out of their seats without warning.

According to the outlet, her mother had just sat down before buckling her seatbelt. The “fasten seatbelt” alert was active during the high-altitude incident. “She flew up and hit the ceiling,” Reyes said to Hawaii News Now.

In passenger Jazmin Bitanga’s own words, “My life flashed before my eyes. I was scared.”
She describes the sudden descent as so intense that a water bottle flew into the ceiling and cracked. She told the outlet that she saw people bleeding and bracing themselves. She saw people emotional and crying.

It was reported that the aircraft experienced two intense drops during the flight.

Emergency personnel responded to what they believed was a “mass casualty emergency” at the Daniel K. Inouye International Airport in response to the alarming air incident. Before the plane landed, a triage center had been established.

Among the 36 injured passengers, 20 were sent to two local hospitals for emergency treatment. Eleven passengers were in serious condition, while nine were stable. A 14-month-old child was among the injured and transported to the hospital.

According to the Honolulu EMS, head injuries included lacerations, bruising, and loss of consciousness.

Honolulu Emergency Services Department Director Jim Ireland spoke at a press conference about the air travel incident. He said one person was knocked unconscious. A total of 10 passengers reported nausea and vomiting, according to Ireland.

Hawaii Airlines stated, “We are supporting all affected passengers & employees and are continuing to monitor the situation.”

Hawaiian Air Vice President and COO Jon Snook said, “Sometimes, these air pockets occur with no warning. It’s rare to have that level of extreme turbulence. It was a very extreme case of mid-air turbulence.”

The National Weather Service hypothesized that the flight could have gone through a thunderstorm, causing extreme turbulence.