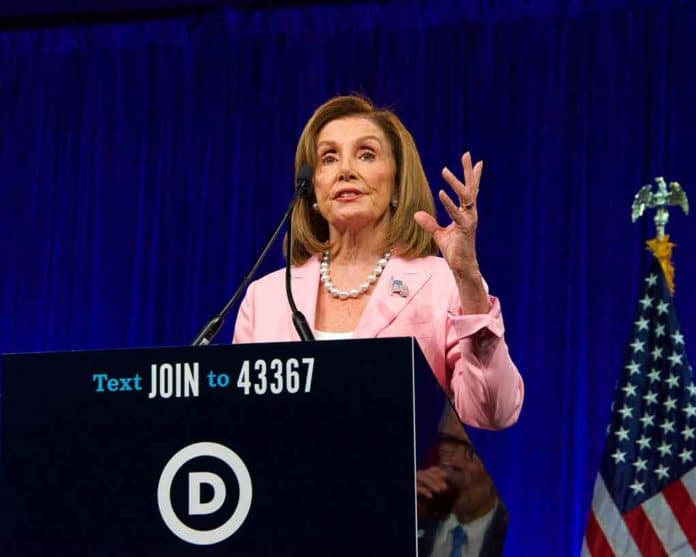 (TheDailyHorn.com) – The inflation rate keeps exploding and causing a strain on the average American. Despite this, the Biden administration and top Democratic lawmakers keep saying it isn’t a big deal.

During a February 13 interview with Georgia Stephanopoulos on ABC’s This Week, House Speaker Nancy Pelosi (D-CA) said inflation is a sign people have jobs, which is good. The implication a good job market results in higher prices on everything appears ludicrous upon further consideration.

Under the Trump administration, the employment rate was great, but prices were also good. So, something doesn’t add up. Additionally, the situation was similar during Obama’s presidency.

Government overspending is the more likely reason for the skyrocketing inflation rate, but Pelosi was quick to deny it. Instead, she blamed supply chain shortages and claimed the COMPETES Act, passed in the House on February 11, “will decrease inflation.”

Pelosi also continued to push the failed Build Back Better legislation as a “deficit reduction bill.” She insisted the semi-socialist legislation would help improve the economy.

Is Pelosi gaslighting Americans instead of addressing the various Biden adminstration policies and legislation which have led to the current issues? If so, how much longer will people continue to put up with it?