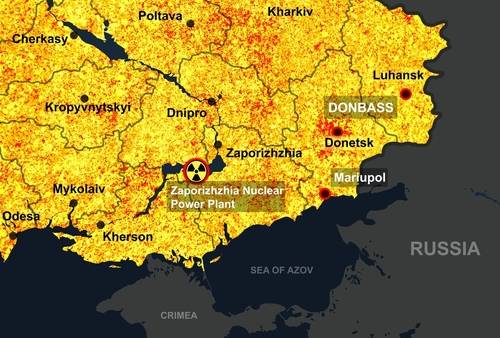 Russian artillery fire over the region of the Zaporizhzhia nuclear plant in Ukraine caused a fire in an ash pond, cutting off the reactor complex from the electrical grid. Back-up diesel generators provided power crucial to the plant’s cooling and safety systems.

A Russian official in the occupied city of Enerhodar has accused Ukrainian Armed Forces of starting a forest fire close to the plant, which caused power lines to be disconnected. The UN is seeking access to the plant and has called for demilitarisation of the region.

Russia and Ukraine have accused each other of firing at the site, raising fears of a nuclear meltdown. A meltdown at the Zaporizhzhia facility could kill hundreds or thousands of people and harm a far larger area.

Russia’s ground campaign in Ukraine has been on hold for the past few months, but the battle continues in the south and east.

Russian media reported that Ukrainian forces used HIMARS multi-rocket launchers to attack the city of Stakhanov, while the Ukrainian military said its forces had repulsed Russian attacks on the towns of Bakhmutsk and Soledar.

President Vladimir Putin signed an order on Thursday increasing Russia’s military force size from 1.9 million to 2.04 million, saying it was to “denazify” and demilitarize Ukraine.