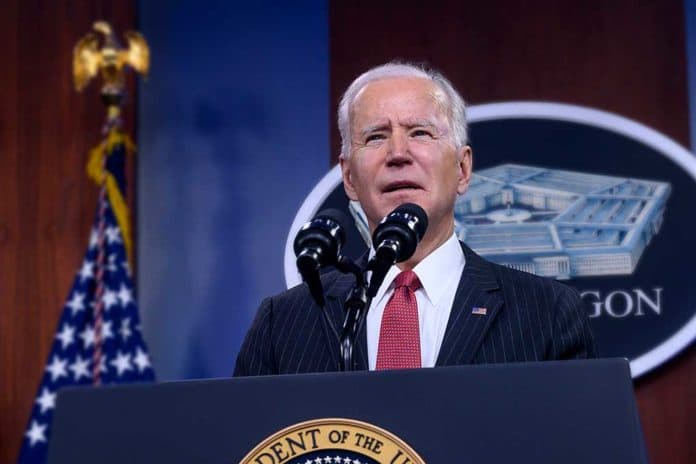 (TheDailyHorn.com) – In August, President Joe Biden’s approval ratings began to take a tumble. At the onset of the collapse, most pollsters believed the president’s struggles were due to his botched withdrawal from Afghanistan. Over time, however, the numbers didn’t improve. In virtually every category, and in every poll, Biden’s ratings have gone down month-over-month.

Biden’s approval ratings, per the RealClearPolitics average of polls, should be terrifying to the president and Congressional Democrats. His approval is at a measly 41.3%, with disapproval at 53.4%, for November.

As the 2022 midterm elections near, there are ominous signs showing that Democrats are in serious trouble. A recent poll showed things aren’t getting better for the president, and he could lead Democrats to significant losses next year.

On Thursday, November 18, Quinnipiac released a new poll. Voters told pollsters they are souring on Democrats in Congress as Biden’s approval ratings continue to collapse. Only 36% of registered voters in this poll approved of Biden’s performance, and 53% disapproved. It’s the worst the president polled in a Quinnipiac survey since he took office on January 20.

On Tuesday, November 2, voters in Virginia and New Jersey told exit pollsters that the economy was the top issue to them. The GOP flipped the governor’s mansion, lieutenant governorship, and the statehouse for the first time in nearly a decade. In New Jersey, incumbent Democratic Gov. Phil Murphy barely hung on to his seat, and legislative seats in both chambers flipped to Republicans.

It didn’t get any better for Biden’s leadership figures either. The voters gave the president a 51% disapproval rating on honesty and leadership, effectively saying they don’t believe he is honest, while 42% didn’t agree with that viewpoint. Over 57% said Biden didn’t have good leadership skills.

Congress Is in an Uphill Battle

In the second part of what the Quinnipiac poll calls a “double whammy,” things aren’t looking so good for Democrats in Congress. Once again, the all-important independent voter is making waves. While Republican and Democratic voters champion their side, it appears independents are breaking away from Democrats in favor of Republicans.

Forty-four percent of independents say they want to see Republicans take charge of the Senate. Only 34% said they want to keep Democrats in control of the upper chamber. Nearly 22% didn’t commit one way or another.

In the House, 41% of independents favored Republicans compared to 34% who favored Democrats. Nearly 28% didn’t offer an opinion one way or the other.

Overall, 46% of voters would prefer Republicans to take control of both chambers of Congress compared to 41% and 42% in favor of Democrats for the House and Senate respectively.

If these numbers continue to hold or worsen for Biden and Democrats, they could be in serious trouble less than a year from now.

Stay tuned. A lot can happen in one year.