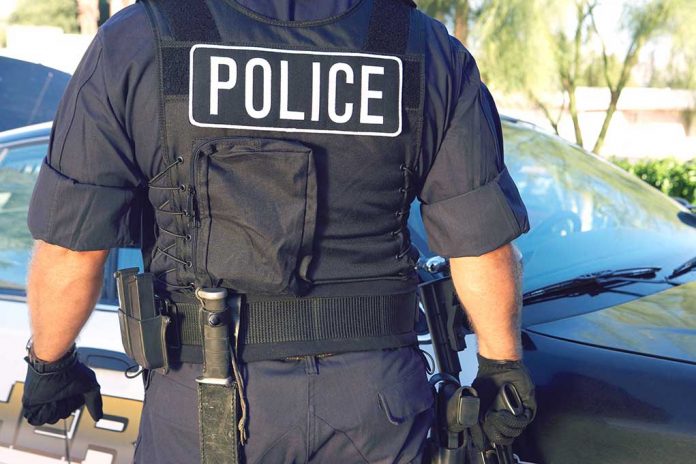 (TheDailyHorn.com) – Over the last 14 months, the media bombarded police with a barrage of negative news and portrayed law enforcement unfairly. A recent feel-good story out of Chisago County, Minnesota, managed to flip that script. It featured an officer who reminded America that the overwhelming majority of police are in law enforcement to serve and protect.

In May, Chief Sheriff Deputy Justin Wood responded to a call about a man at a gas station near Rush City, MN. To his surprise, the person didn’t appear to have shoes.

A Chisago County Sheriff’s Office deputy is being recognized for a random act of kindness. https://t.co/dYDeqMVVax

Deputy Wood struck up a conversation with the man and learned he was a military veteran walking across the country. His shoes gave out on him during his travels. Wood did the unexpected by grabbing a pair of boots from his trunk, handing them over to the veteran.

The county sheriff’s deputy told local media the nation’s veterans give the greatest sacrifice of all. He added that this special group should be taken care of due to their sacrifices. Giving the man a pair of boots was just his small way of giving back.

Wood added that those in law enforcement are struggling. Every positive interaction right now is another vital indication that police officers do as much good as possible.