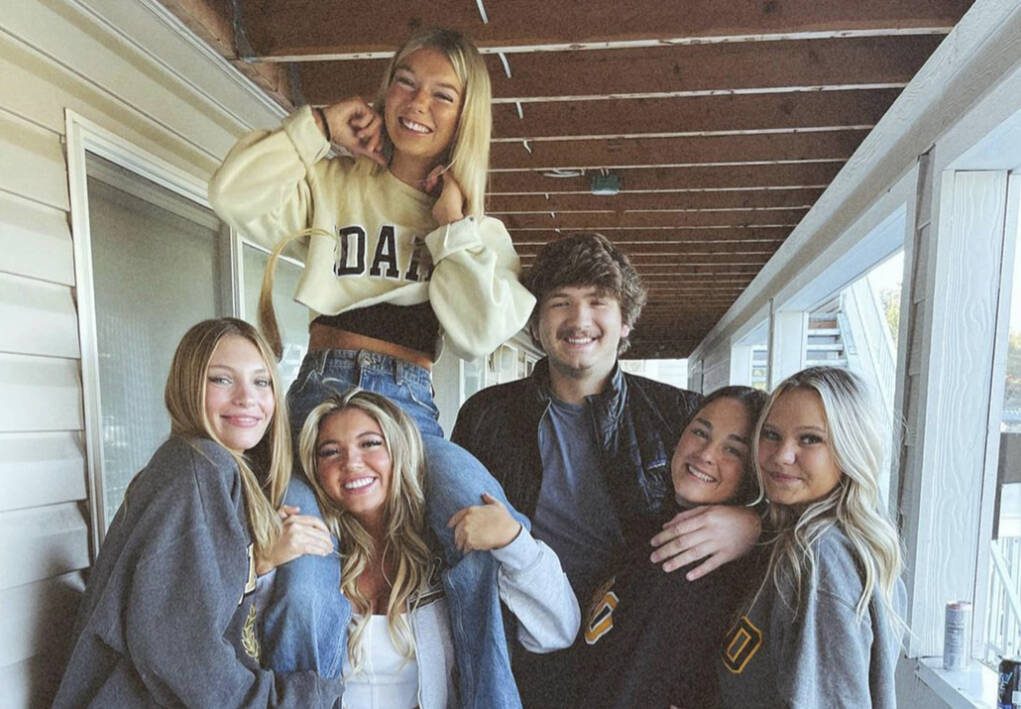 Idaho authorities retrieved hours of video from a Moscow gas station that captured a white sedan speeding past the night four college students were shot and killed at their nearby home.

The surveillance footage could be relevant, as Moscow police recently announced they are searching for four people who might have “critical information” regarding the murders last month.

An assistant manager at the gas station began analyzing the tapes during her downtime. She eventually saw a white sedan whizz by around 3:45 a.m. November 13.

She emailed a screenshot to a police tip address after spotting the car on Monday night. She asked that her name be withheld for her safety.

During an interview with FOX News, the unidentified clerk said, “I had a weird feeling to go get on the cameras.”

On highway 8, she said, she could see the car driving fast before turning onto a side road.

Police said the white Hyundai, believed to be an Elantra model from 2011-2013, was seen near the student’s home.

The vehicle’s license plate is unknown, and it is unclear whether anyone inside was involved in the murders or witnessed anything that could help the investigation.

Police said in a news release, “The FBI is prioritizing and vetting those tips for use in the investigation. The public is asked to continue to use the tip line to report any information about the vehicle.”

As reported by FOX, Around 11 a.m. on Tuesday, state detectives arrived at the gas station and took possession of eight hours of video filmed the night of the murder.

One detective commented that they hadn’t found anything significant yet when asked.

Also revealed Monday was that the four University of Idaho students’ hands were wrapped in bags at the scene to preserve any potential DNA evidence.

On Monday, Coroner Cathy Mabbutt told Fox News that each victim’s hands were sealed in forensic bags before their bodies were transported away from the horrifying crime scene.

The suspect’s DNA may be detectable under their nails and hands. Adding that any evidence collected would likely take weeks to test, according to DNA expert Matthew Gamette.

Frustrations have increased because law enforcement has yet to name a suspect a month after the killings. A joint investigation is underway between the FBI, Idaho State Police, and the Moscow Police Department to identify the suspect.

In a statement on Tuesday, Moscow Police Captain Roger Lanier said the investigation “is not cold.”

Adding, “We get tips every day that are viable.”

Captain Lanier said, “We are still 100% committed to solving this crime.”

The police appreciate the communities help. Robbie Johnson, a police spokesperson, emphasized that authorities still need help in the investigation.

“If you saw anything that night that looks strange…anything you have to report, even if you don’t think it’s anything, we’re still encouraging people to send that in,” she added. “When we get that information, even if it’s small, sometimes it can piece together the timeline, put those puzzle pieces together, and we get a greater, bigger picture of what was going on.”