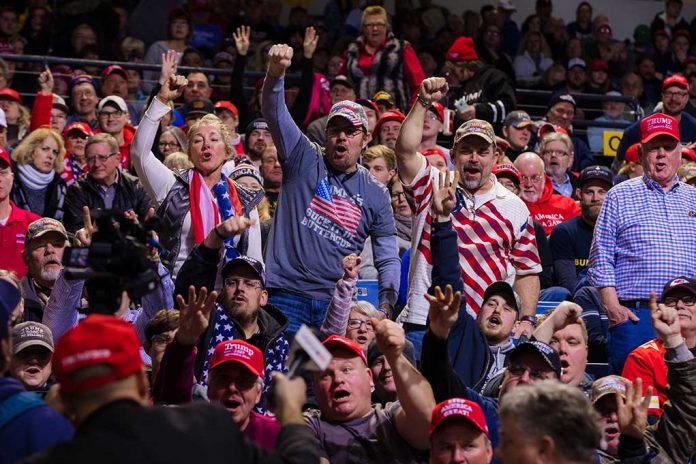 (TheDailyHorn.com) – America is learning that the America First agenda is bigger than former President Donald Trump, who propelled the message onto the national stage in 2016 and kept it there during his time in the White House.

On Friday, May 21, several prominent members of the America First movement met with supporters to rally for conservative causes in Meza, AZ, the location of a 2020 election audit. Over 3,000 people came out to hear Reps. Matt Gaetz (R-FL) and Marjorie Taylor Greene (R-GA) speak. This rally comes in the context of continued attempts from Democrats in Washington, DC, to move as far in the direction of socialism as possible.

It wasn’t only the sizeable in-person turnout that was impressive. Over 150,000 people watched online as Gaetz and Taylor Greene went into great detail about election integrity, open borders, the illegal immigrant crisis, and how the Democrats are ruining Arizona’s future. Gaetz reminded the audience that Trump was a big part of the rally, even though he wasn’t there in person. The Florida Congressman declared himself a Donald Trump Republican and said the former president is still the leader of the Republican Party.