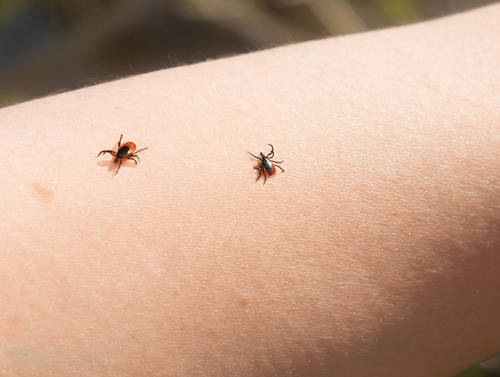 Researchers are seeking volunteers across the United States and Europe for a trial of a potential vaccine for Lyme disease. The vaccine would protect against two of the continent’s most common strains of Lyme disease.

Lyme disease is a bacterial infection that is spread by black-legged ticks. According to a private insurance claims analysis, the prevalence of Lyme disease appears to be growing nationwide.

Black-legged ticks carry bacteria that cause Lyme disease. A new vaccine, which Pfizer and Valneva are developing, targets the protein OspA on the tick’s outer surface, which may prevent the transmission of the infection.  It will target six Lyme strains across the United States and Europe.

A new trial will enroll at least 6,000 people in Lyme-prone areas to examine whether the vaccine, called VLA15, is indeed protective and safe. The volunteers will receive three shots, either a vaccine or a placebo, between now and next spring.

An infectious disease specialist with the University Medical Center at Vanderbilt, Dr. William Schaffner, said more people are traveling to areas with a higher prevalence of ticks, and climate change will increase the number of ticks that can survive.

Lyme disease is an illness that can cause fever, headache, fatigue, and aches in muscles and joints. Often the first sign of Lyme disease is a round red bull’s eye rash. Once a person develops the disease, it is critical to receive antibiotic treatment.  Although even after treatment, some will still have lingering symptoms.

Pfizer’s Lyme Disease vaccine is the only one in clinical development and will be tested in regions with high endemics for Lyme disease.

Other researchers are working on alternative vaccines that recognize a tick’s saliva.