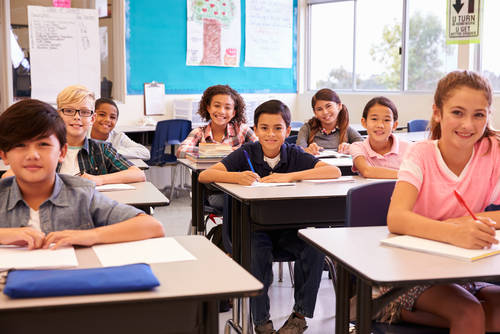 A Wisconsin school board in Wauwatosa, has introduced a new sexual education program to its K-12 students. The new curriculum includes topics such as gender dysphoria starting in the fourth grade. It was first introduced on Aug. 8 during a  board meeting.

According to Fox News, part of the fourth-grade curriculum would include “gender identity and expression.” They will learn how to “Have awareness of different definitions for gender, including transgender, cisgender, and non-binary;” “Understand that individuals may identify beyond male and female;” “Understand the use of pronouns around gender identity;” “Understand that a label may not describe someone perfectly;” and “Identify at least 1 trusted adult they can talk to if they have questions.”

The new curriculum would also include teaching kindergarteners “consent and gender role stereotypes.”

Sex education programs have been making headlines recently as many school districts are revamping old curriculum, just like Wauwatosa. It sparks debate and heated discussions on multiple topics surrounding what kids should and should not know.

Many attended the board meeting, both for and against the new curriculum. According to WISN, a Wauwatosa parent at the meeting said, “This isn’t education. It’s indoctrination. It’s my job as a parent to talk to my kids about this, not yours,” In contrast, another parent, Laura Windpassinger, a mother of two first graders, said, “It’s nothing radical. It is well documented, well researched, and well data-driven recommendations that have been made here,”

Dan Rossmiller, a Wisconsin Association of School Boards member, says.”This is a controversial area. We’re dealing with young children, we’re dealing with strongly held family values in many cases, and when those collide or appear to collide, there are safeguards built into our system.”

Rossmiller acknowledges this is a controversial issue, but he believes that parents should be able to have a say through the election process. He goes on to state, “The reason that we elect school boards locally is to have those boards reflect local community interested, values, needs, and requirements,”

Currently, sex education is not required to teach in the state of Wisconsin. For those districts that do have it, parents can pull their children from the lessons and have them not participate. The new curriculum will begin in the upcoming school year.

For more coverage on this story, check out the additional news sources: