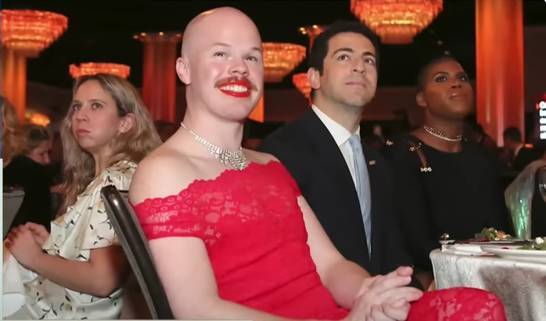 It has been reported that the Department of Energy has fired a top nuclear waste official who happens to be non-binary and has been accused of stealing luggage.

“Sam Brinton is no longer a DOE employee. By law, the Department of Energy cannot comment further on personnel matters,” a DOE spokesperson said.

We have reached out to the agency for comment.

The 35-year-old Biden administration deputy assistant secretary for spent fuel and waste disposition at the DOE’s Office of Nuclear Energy was reportedly canned after being charged with stealing a woman’s suitcase from a Minneapolis airport in September and a woman’s bag from a Las Vegas airport in July.

In June, after he was appointed to his former position, Brinton stole a $320 bag that contained jewelry, clothing, and makeup worth more than $3,500 from the baggage claim area at Las Vegas’ Harry Reid International Airport.

According to the Las Vegas Metropolitan Police Department’s arrest warrant, Brinton, who uses they/them pronouns and does not identify exclusively as female or male, was described as “a white male adult wearing a white T-shirt with a rainbow-colored atomic nuclear symbol design.”

Brinton faces felony grand larceny charges for the Las Vegas theft, as well as felony theft charges for the Minneapolis-St. Paul Airport incident, in which a woman’s Vera Bradley suitcase containing $2,325 worth of items was stolen.

As a result of the Minneapolis theft accusations, the nuclear waste official was placed on leave from the agency.

Energy Secretary Jennifer Granholm was urged last week to remove Brinton from the DOE by a group of House Republicans led by Georgia Rep. Andrew Clyde.

“We demand the resignation of Sam Brinton, and we implore you to set aside petty politics and appoint only the most qualified and dedicated individuals to influence America’s energy sector,” wrote Clyde and fifteen other Republicans.

Brinton was hailed in June by the DOE as a “well-known advocate LGBTQ youth.”

“Sam is also a well-known advocate for LGBTQ youth and helped to secure protections against the dangerous and discredited practice of conversion therapy in more than half of the country,” DOE officials said.