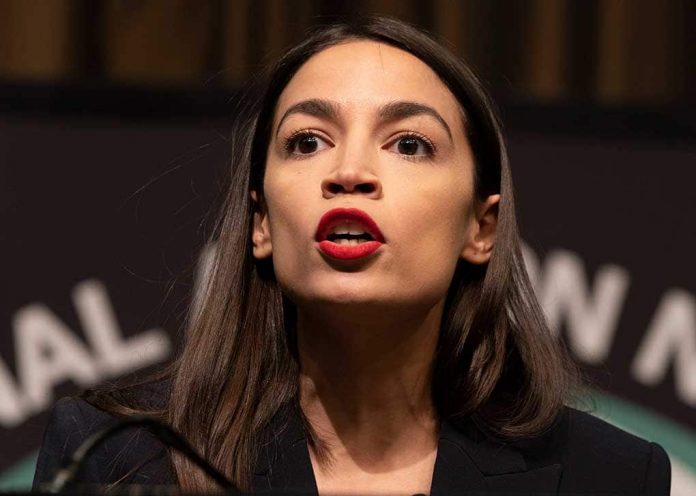 (TheDailyHorn.com) – If anyone hopes to satisfy Rep. Alexandria Ocasio-Cortez (D-NY), good luck. Since the first day she ran for Congress, AOC has struggled to find anything positive to say about America. She often misspeaks and appears not to understand the law or the principles of national sovereignty. Most recently, AOC has lashed out over the Biden administration’s evolving rhetoric surrounding immigration.

On Tuesday, June 8, Vice President Kamala Harris wrapped up a two-day meeting with leaders from Guatemala and Mexico. From an optics perspective, the trip didn’t go very well. The Guatemalan President Alejandro Giammattei refuted Harris’s claims that the immigration crisis on the southern US border was due to climate change and government corruption. Instead, Giammatei blamed the situation on the rhetoric of President Biden and members of his administration.

Making matters more entertaining, Harris told migrants not to come to the United States and warned they would be turned back if they made the journey. Naturally, AOC didn’t take kindly to Harris’s exhortation.

After the VP’s speech, the firebrand Congresswoman told MSNBC’s “All In” that the administration’s immigration policies were not working. She said they were wrong and inhumane. One might have thought she was talking about the Trump administration the way she went after Biden and Harris.

Unbelievably, AOC justified migrants’ long and dangerous journeys to America’s southern border. Apparently, she hasn’t read the law and doesn’t understand that the United States is a sovereign nation. It’s not a global community retreat, and it is against the law to enter the US without permission.

AOC added that seeking asylum on the border is legal. However, that only makes sense if a “refugee” stays in Mexico and doesn’t cross the border. What AOC is doing is confusing terms. There is a big difference between a migrant and a refugee.

A migrant is a person who leaves their home for any reason to cross international borders. They must have a legal visa from their home country to enter the United States.

US law defines a refugee as someone who can prove they’ve been persecuted or have reason to fear persecution based on race, religion, nationality, political orientation, or membership of a social group. Only acknowledged refugees are granted asylum and permanent status in the United States.

People are generally not allowed to walk across the border and then claim asylum. Instead, they must first be determined to be legitimate refugees by the US government. That process begins at either a US embassy or a dedicated refugee camp in another country.

Either AOC doesn’t know how the immigration system works, or she doesn’t care.

This isn’t the first time AOC has lashed out at her own party. In 2018 and 2019, she raised money for her PAC to defeat moderate Democrats. In 2020 she slammed the Democratic Party, saying it had no core.