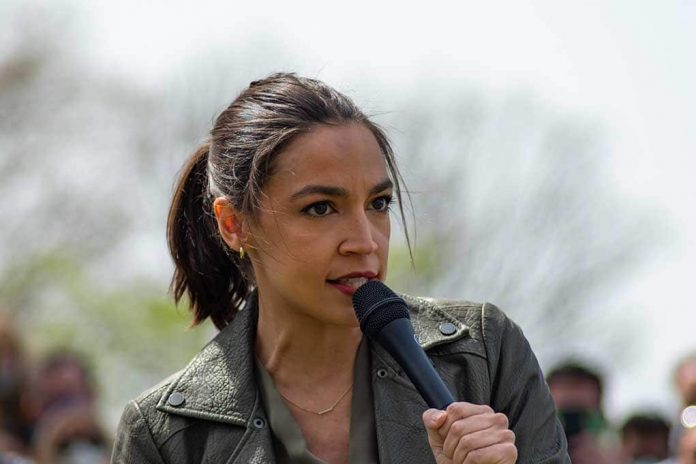 The Democrats’ infrastructure bill would include parts of the Green New Deal and immigration reform. It would also fund child care and education and expand Medicare. However, the legislation is far from a done deal among moderates in the Democratic Party.

INFRASTRUCTURE: Rep. @AOC says, "We will tank the bipartisan infrastructure bill unless we also pass the reconciliation bill… If they try to strip immigration reform, if they try to claw back on childcare, climate action, etc, then we're at an impasse — it's a no-go." pic.twitter.com/3r5rnvKmsP

On Thursday, Rep. Alexandria Ocasio-Cortez (D-NY) piped up and said any attempt by moderates to strip any of the Left’s agenda from the bill would be met with swift action. She predicted that progressives would retaliate and vote against the bipartisan infrastructure measure agreed to earlier in the month if the party’s Left-wing didn’t get its way.

House Speaker Nancy Pelosi (D-CA) said the House could “realign” the Senate’s partisan reconciliation package. However, that could blow up the entire bill if moderates don’t agree to the changes. The Senate is currently split 50/50, and Schumer can’t afford to lose even one Democrat.

Is there any threat the Left won’t make to push through their enormous left-wing agenda? It appears not, and in doing so, they could jeopardize any infrastructure proposal if lawmakers continue to buckle down instead of compromise.