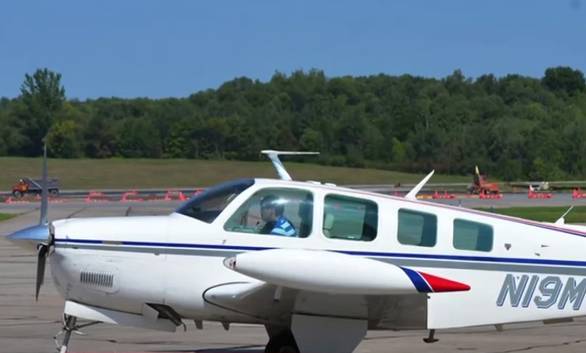 A tragic incident occurred Thursday, January 19, in the northern neighborhoods of New York City when a small single-engine aircraft crashed, resulting in the death of the two passengers. Local officials confirmed this information.

At around 6:15 pm, the Beechcraft A36 had a reported engine failure while it was en route from JFK Airport to Cuyahoga County Airport in Ohio.

This was roughly one mile from Westchester County Airport in White Plains, as per the Federal Aviation Administration.

Westchester Airport is about 40 miles away from John F. Kennedy International Airport.

The pilot informed the tower of engine issues, indicating that the oil pressure was low. Not long after, the tower could no longer communicate with the aircraft via radio, as reported by CBS2.

Later, the plane was located in the trees near Rye Lake, as reported by Westchester County officials.

Two individuals on the plane were discovered dead in the wreckage, and their identities remain unknown.

The owner of the aircraft, an entrepreneur from Ohio, informed the outlet that the two people on board were experienced pilots from Cleveland.

The same owner expressed his deep sorrow to the media regarding the tragedy.

The Federal Aviation Administration and the National Transportation Safety Board will be carrying out an investigation of the incident.