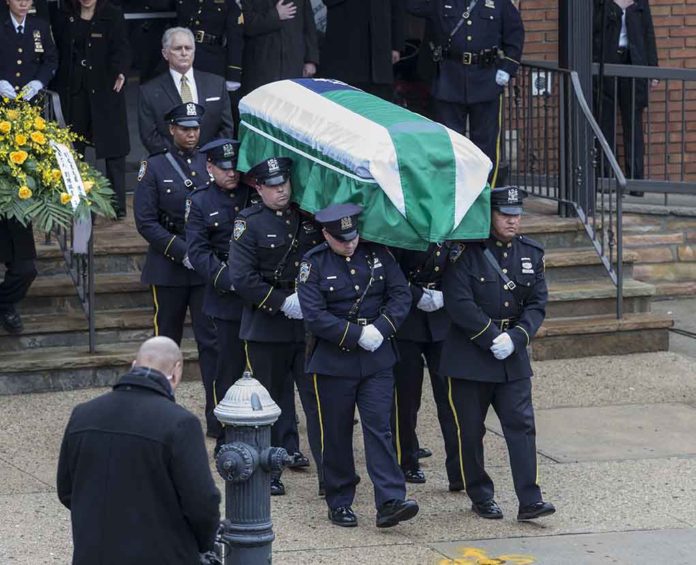 (TheDailyHorn.com) – Crime is surging across America. Those fighting it on the frontlines are the ones paying the price. Not only has President Joe Biden cast a dark cloud over law enforcement, but many of his Democratic accomplices at the local level have also cut police funding in numerous cities and hampered their ability to maintain law and order.

The result? As of the end of November, a total of 314 police officers have died in the line of duty in 2021. According to a Fraternal Order of Police (FOP) report, that’s a new high.

Manhattan Institute fellow and New York Times best-selling author Heather MacDonald offered insights into the growing problems plaguing law enforcement. She told RT America that criminals got the message that they can do whatever they want without consequence in the wake of the murder of George Floyd.

In addition, MacDonald stated that the narrative stating police are a threat to the black community is totally false. She said that the Left believes crime is racist fiction and stated that liberals have managed to create an incorrect perspective that law enforcement discriminates against blacks.

The FOP presentation said that 58 police officers were killed by a gun over the first 11 months of 2021. Additionally, 95 officers experienced an ambush-style attack, which was double the number from 2020.