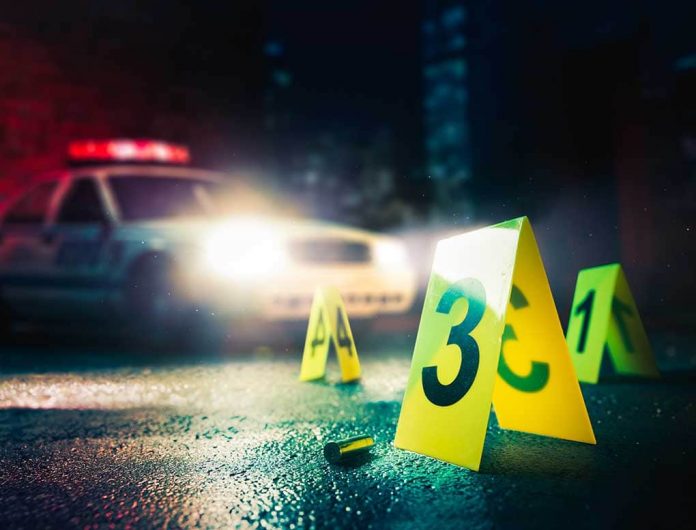 (TheDailyHorn.com) – A New York county sheriff was called to a private residence to conduct a welfare check the night of Wednesday, June 9. When the sheriff was dispatched, a female state trooper arrived on the scene for backup. That’s when 34-year-old Jason Johnson grabbed a long-range rifle and shot State Police Trooper Becky Seager.

New York State Police released a statement saying that gunfire was exchanged before the man fled the scene. Numerous law enforcement agencies combed the area in search of the assailant. The suspect was taken into custody around 4:30PM on Thursday, June 10.

Seager was shot in the hip and removed from the scene by a Broome County Sheriff’s Deputy. An ambulance took the wounded trooper to the hospital, where she was treated for non-life-threatening injuries.