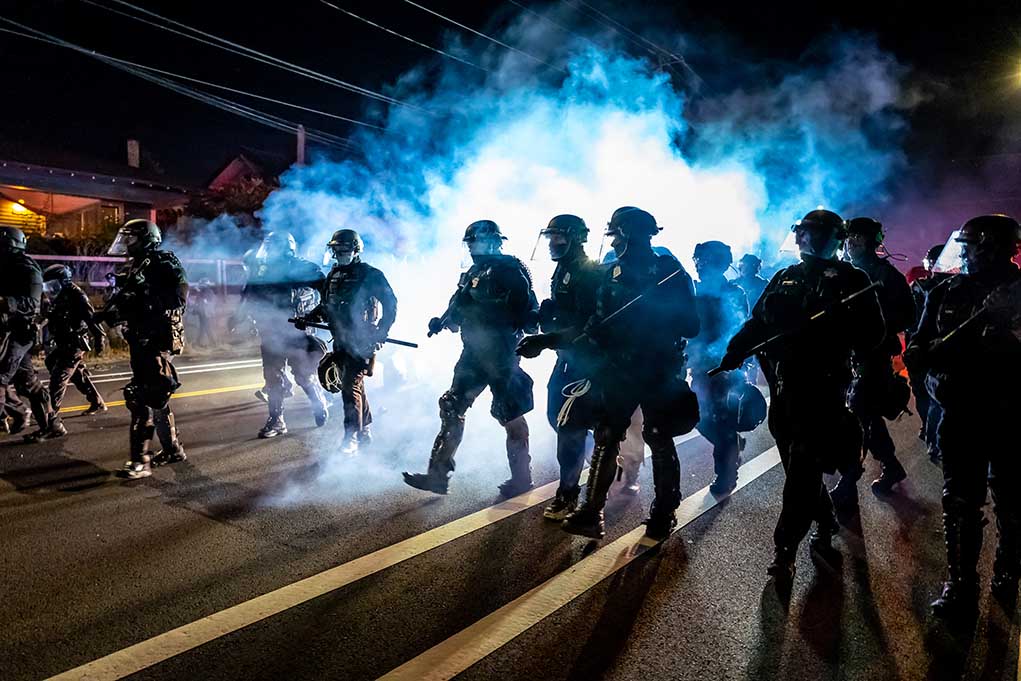 (TheDailyHorn.com) – Violent crime has been a massive problem across America lately, and one city, in particular, was battered over the last year. Portland, OR, is usually a city without much crime. However, rioters seized the city in 2020.

There’s tension building between the citizens that depend on the police to protect them and the far-Left politicians seeking to radically overhaul policing practices. In 2020, gun violence incidents spiked from 389 in 2019 to nearly 900 in 2020. Halfway through 2021, Portland is on pace to record over 1,000 shootings for this year.

It’s challenging work for police trying to curb crime when city officials are constantly undermining law enforcement. As support dwindles from city leadership, officer numbers in the police force are dropping as well.

During the height of the 2020 protests, police were under severe pressure for months as they dealt with Antifa rioters. On Monday, June 14, a member of the all-volunteer Portland Police Department Rapid Response Team was indicted for using police force against a rioter last summer. In response, the entire Rapid Response Team resigned.

Between the intense riots and lack of support from city leadership, no one could blame the volunteers of the Portland Rapid Response Team if they wanted to quit. Portland Police Lieutenant Jacob Clark spoke with Fox News host Sean Hannity on Tuesday, June 22. According to Clark, members of the team wanted to quit as early as last fall.

Lieutenant Clark said the police chief agreed in the fall to address the team’s concerns. So, trusting the chief, they continued their volunteer service on the riot squad. That is, until last week when one of their own was indicted for performing his duties.

On August 18, 2020, the city declared a riot when 200 demonstrators equipped in riot gear and carrying weapons set dumpsters on fire, painted graffiti on buildings, and broke windows. In addition, a Molotov cocktail was launched into a building, starting a fire. Rioters also interfered with arrests.

A grand jury indicted Officer Corey Budworth on one charge of fourth-degree assault on a photographer during the incident. Officers, including Budworth, used Police Bureau-issued batons in response to aggressive rioters. When one man fell to the ground, a video showed Budworth hitting the man on the head. That person was an activist and photographer.

Lt. Clark said the indictment was the “[straw that] broke the camel’s back.” The police union backed Budworth. They said the officer followed his training and did as he was supposed to when rioters interfered with lawful arrests.

While the officers resigned from the task force in protest over Budworth’s indictment, they did not leave the police force.