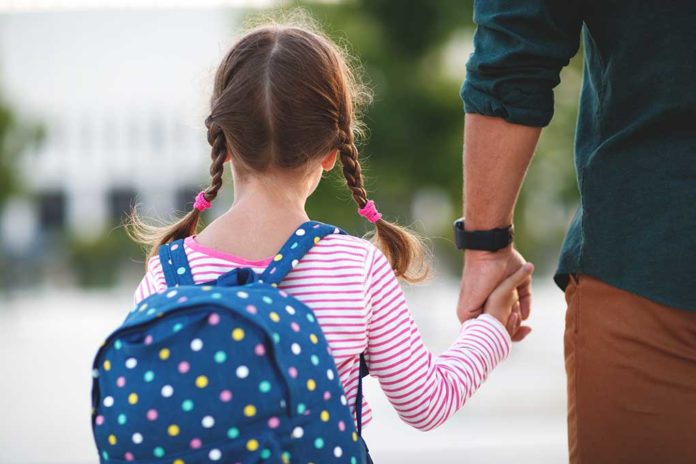 (TheDailyHorn.com) – In March, Florida Gov. Ron DeSantis (R) signed a parental rights bill into law that prohibits schools from teaching about sex or transgender issues from kindergarten through third grade. The Left called it the Don’t Say Gay bill, even though the legislation doesn’t stipulate that anyone is forbidden from using the word. Apparently, passage of the measure didn’t sit well with White House press secretary Jen Psaki.

On Thursday, April 19, Psaki appeared on the News Not Noise podcast with Jessica Yellin. Talking about the new Florida bill, Psaki fought back tears. She said that a bill that stops teachers from talking about sex and gender issues with very young children makes her completely crazy. She also claimed that Republicans were creating wedge issues to win the culture wars. She called the legislation cruel and harsh to young children.

So, is this fake derision for a cause that even most Democrats in Florida agree with, according to a new Florida poll? While liberals decry the parental rights bill, 52% of Florida Democratic voters agree with DeSantis that young children should not be taught about sexual orientation in the classroom.

America is dealing with numerous crises. Inflation is out of control, a recession may be looming, Ukraine is under attack from Russia, and China is on the prowl. So, ask yourself, is this the issue Psaki should offer fake cries over?