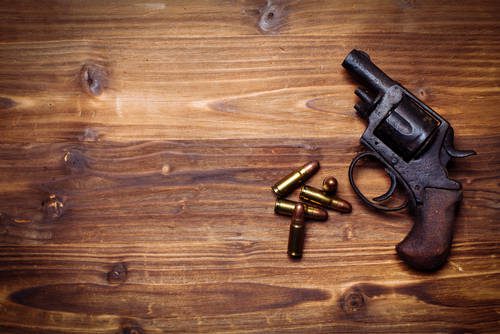 A game between two friends turned deadly for one man on Friday September 23, when he was shot and killed by his friend.  Deputies charged James Marcus Turner, a twenty-one-year-old man with shooting and killing his friend during a quick draw game.

According to Spartanburg County Sheriff’s Office, he has been charged with involuntary manslaughter.  The shooting occurred at about 9:30 p.m. on Friday September 23, at a residence on Red Raven Drive in Greer, SC.

As its name implies, a quick draw, also known as a fast draw, is the ability to quickly draw a handgun and accurately fire it upon a target. Gunfights in the American Old West have inspired idealized depictions of gunslingers engaging in quick draws.

The Spartanburg County Coroner’s Office identified Raelan Cole Hamilton, 21, as the victim. According to reports, Hamilton and Turner had been good friends since middle school, and both enjoyed guns.

How did this happen? According to Lt. Kevin Bobo with the Spartanburg County Sheriff’s Office, Turner and Hamilton competed to see who could draw the fastest. This wasn’t the first time they attempted this. According to Turner, they had both done this type of quick draw competition before and had already done it about 14 times that night.

According to Bobo, each man started with an unloaded gun, inserted a loaded clip, but did not chamber the round, and then pulled the trigger.

Turner claimed in the interview with officials that due to muscle memory, he accidentally chambered a round from his gun’s clip for the 15th time that night, leaving his friend lifeless.

Bobo said, “When he pulled the trigger, he tragically shot his friend by mistake.”

In the sheriff’s office, Turner and his grandfather gave consistent statements about the incident. Additionally, Bobo said that the physical evidence supported their claims. The investigation led authorities to charge Turner with involuntary manslaughter.

After deputies and emergency medical personnel responded to a 911 call, Hamilton was pronounced dead at the scene.