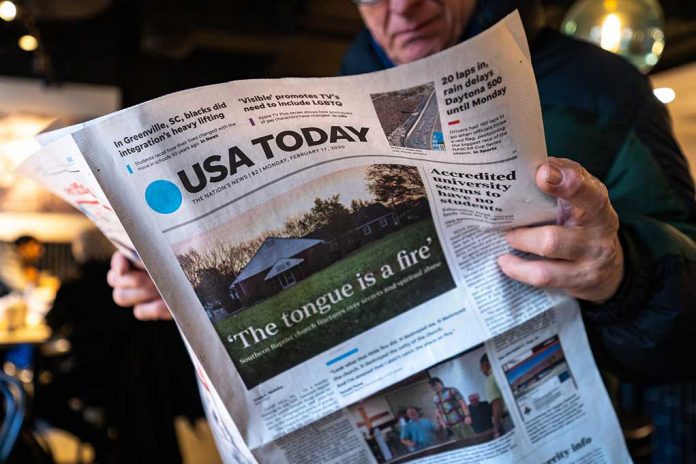 (TheDailyHorn.com) – USA Today’s race and inclusion editor, Hemal Jhaveri has a history of posting inflammatory content on Twitter. However, her latest outburst took her one step over the line — at least when it comes to her employer.

Jhaveri was fired for posting on her Twitter account that an angry white man was responsible for the recent shootings in Boulder, CO. As it turned out, she was wrong; the shooter was a Syrian-born Colorado resident.

I’m shocked and appalled that the Race and Inclusion editor at a major newspaper, is, in fact, a racist. (And pronouns in bio, of course.) pic.twitter.com/lhP7mKTRj6

In a March 26 article on Medium, Jhaveri admitted that her tweet was “careless” and said she regretted posting it. However, she readily admitted posting a tweet about a colleague’s white privilege in 2017.

According to Jhaveri, she was let go because she questioned white authority and called out white privilege. She said that she should have known the firing was coming since the “majority white” staff of USA Today couldn’t tolerate her worldview.

She also claimed to be the victim of racist “microaggressions” carried out by leadership at USA Today. She worked for the news organization for eight years before being fired.