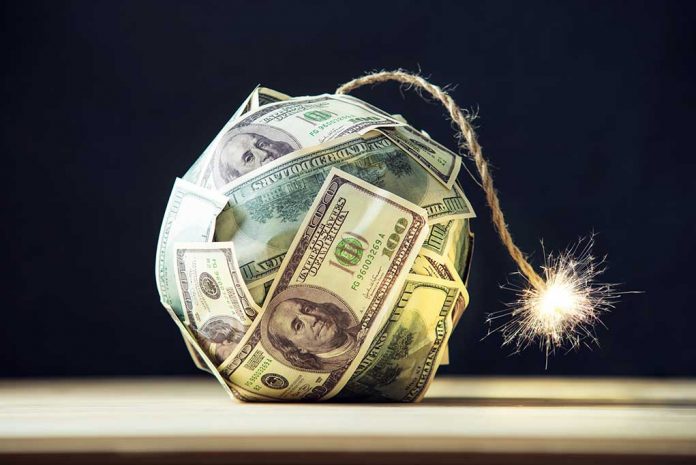 (TheDailyHorn.com) – Trillions of dollars in government spending are driving up the prices of virtually everything Americans buy. As prices soar on goods and services and earnings stagnate, the value drains from the bank balances of many working people.

With all this in mind, one would think the US government had spent enough over the last year. Unfortunately, for one of America’s most socialist politicians, it’s not even close. Sen. Bernie Sanders (I-VT) wants to spend even more taxpayer dollars and incur more government debt. Amazingly, he wants to spend another $6 trillion.

Biden’s infrastructure deal is currently stalled in the Senate. The left is infuriated that more moderate Democrats are bargaining with Republicans to pass a bipartisan bill. The only way the GOP will bite is if Biden’s “human infrastructure” is stripped from the bill. Republicans say it’s highly inappropriate to bury a massive expansion of Medicare, child care, and elderly care subsidies in the bill.

Senate Majority Leader Chuck Schumer (D-NY) is taking a cue from the White House to prepare to attempt passing the bill through reconciliation. If the Democrats are successful, and there’s no guarantee they will be, the spending could spark even greater inflationary pressure and spur on the trend of increasing living costs for millions of Americans who can already barely afford to get by.