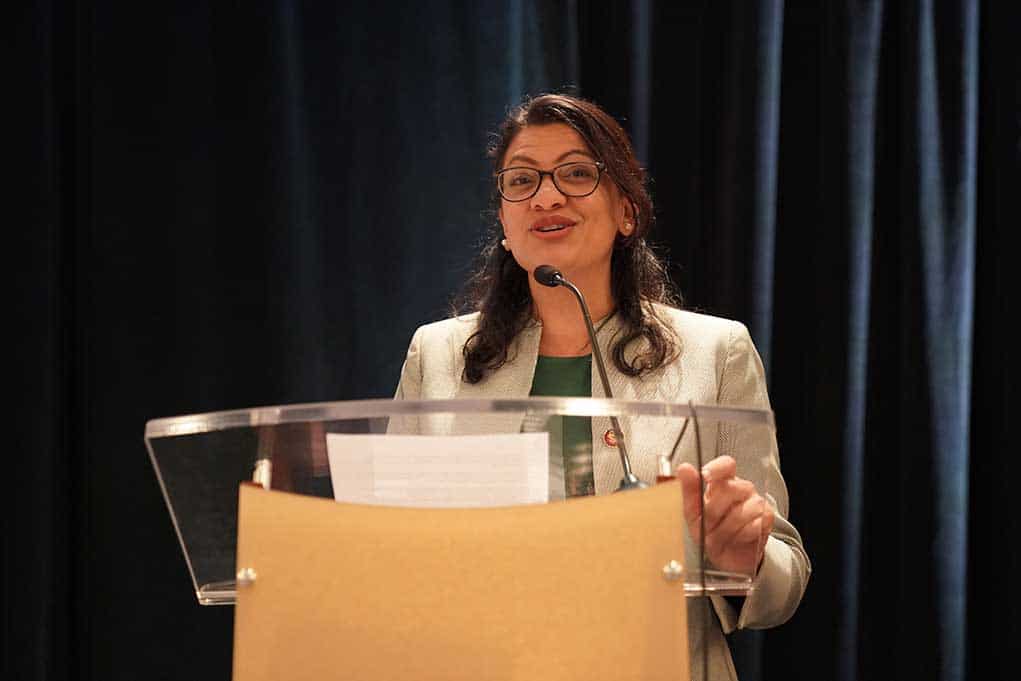 (TheDailyHorn.com) – Is the far-left Squad the gift that keeps on giving? Most political analysts believe Democrats are in for a shellacking this November.

In 2021, several Democratic economists blamed inflation directly on the Democrats’ partisan $2-trillion American Rescue Plan. In numerous polls, voters told pollsters that Democrats weren’t focusing on issues that mattered to them, such as the economy, inflation, education, immigration, and crime. Yet, the Squad still pushed for far-left policies that have gotten moderate Democrats in trouble with voters in their districts.

In January, President Joe Biden was asked about his shift leftward. As is typical of him, he denied any such shift despite the legislative push to pass the Squad’s agenda that ultimately failed thanks to moderate Democratic Sen. Joe Manchin (D-WV). On March 1, President Biden will give his first State of the Union speech to a joint session of Congress. Some expect him to pivot slightly back towards the middle, knowing that much, if not all, of the left-wing agenda is dead.

Unfortunately for Democrats, the Squad just won’t go away. Rep. Rashida Tlaib (D-MI) will deliver a formal response to the president’s address.

It’s a highly uncharacteristic thing for the party in power to offer a rebuttal to its own president’s State of the Union speech. It’s almost always the minority party that offers one.

As the November midterm election grows closer, voters are suggesting that they would prefer Republicans to lead Congress. Despite a lack of mandate in 2021, Democrats pushed hard to pass the Build Back Better proposal. Now that it’s failed, Tlaib will deliver a blistering message to moderate Democrats who scaled back and ultimately killed the $2-trillion social spending and climate change bill.

Tlaib is likely to argue that Republicans and moderate Democrats blocked lowering housing, healthcare, and prescription drug costs. She will also likely expose the deep rifts inside the Democratic Party that may make it more difficult for Democrats to achieve anything for the remainder of 2022. Democrats need a united front. Tlaib’s speech could demonstrate that Democrats are anything but united as she calls out her Democratic colleagues she disagrees with by name.

In addition to pushing for more far-left policies, Tlaib is likely to ask voters to elect more far-left candidates to Congress in November. The Left believe that if they can get more of their own elected to Congress, they can pass their agenda.

Poll after poll shows that Americans are deeply unhappy with both President Biden and Democrats. Of course, Republicans welcome far-left candidates. It makes it far easier for the GOP to distinguish themselves from out-of-touch leftists with voters in moderate and conservative districts.

Aside from Republicans, moderate Democrats are fleeing from the Squad faster than space junk can burn up in the atmosphere. In the end, Tlaib may only be talking to the far-left faithful. She’ll have to, as there aren’t many independents lining up to digest what the Left has to say anymore.