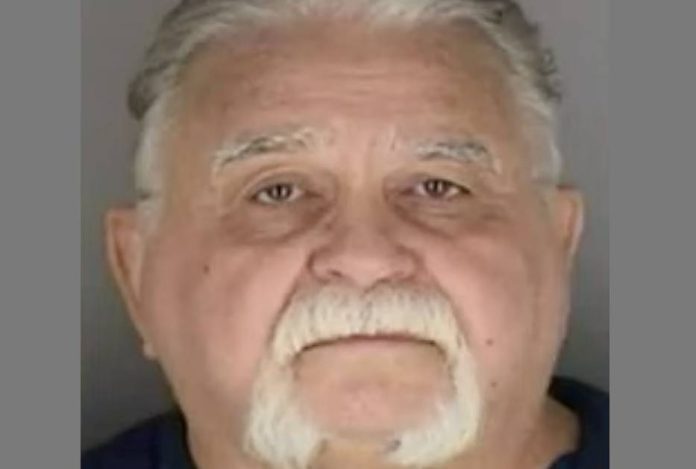 A shocking indictment unsealed on Monday details charges of sex-trafficking against a retired homicide detective in Kansas City, KS. According to the indictment he protected the men running a sex-trafficking operation involving underage girls. He received money and sexual services in exchange for his help.

Four Kansas men were included in the indictment for conspiring to hold young women for sexual acts.

Roger Golubski, a retired 35-year veteran of the Kansas City Police Department, is accused of concealing the operation from law enforcement.

Golubski has pleaded not guilty.

According to prosecutors, a drug dealer named Cecil Brooks and two others operated a sex trafficking operation out of an apartment complex in the 1990s. The victims were girls as young as 13.

Brooks, LeMark Roberson, and Richard Robinson forced young girls to engage in sexual acts by locking them in a room at an apartment complex. Many of the girls were runaways or from broken homes. According to the indictment the men “used physical beatings, sexual assaults and threats to compel young women to provide sexual services to men.”

It is alleged that Golubski collected money from Brooks for his protection and was allowed to select “girls to provide him with sexual services.”

Golubski retired in 2010. In September, he was charged with 6 counts of “federal civil rights crimes for sexually assaulting two victims while acting under color of law.” According to the indictment he sexually assaulted both victims multiple times.  In response to those charges, he has also pleaded not guilty.

It is alleged in the Monday indictment that two unidentified victims, Person 1 and Person 2, were forced into sex and held captive.

In the case of Person 2, the 16-year-old unidentified victim reported Golubski physically and sexually abused her, including rape.

The four men were all indicted for conspiring to hold young women for servitude, including Person 1 and Person 2.

According to the DOJ, if convicted, all four men face a maximum sentence of life in prison.