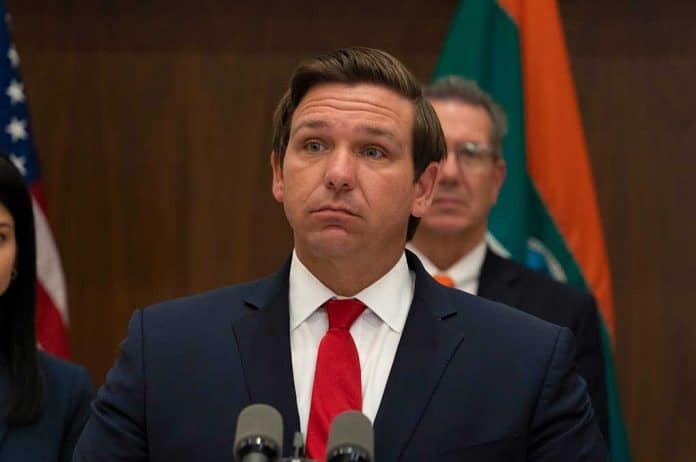 (TheDailyHorn.com) – President Joe Biden is doing all he can to increase vaccination rates, including forcing people to get jabbed. It seems the intent is to protect the vaccinated from the unvaccinated. In Florida, Republican Gov. Ron DeSantis is taking a different approach.

Instead of antagonizing the public, the governor is working to protect people’s Constitutional rights and liberties. In May, DeSantis signed legislation that banned vaccine passports in the Sunshine State.

Over the summer and into the fall, several county and city governments, as well as school districts, ignored the new law. Now, the state is enforcing it. On Wednesday, October 6, the Florida Department of Health (DOH) notified one county that it grossly violated the state statute and sent a message to those in defiance of it. The developing situation could set up a showdown with federal authorities in the months to come as OSHA enacts Biden’s workplace vaccination mandate.

On July 28, the Leon County government ordered its 700 employees to get vaccinated against COVID-19 and provide proof of such to its human resources department by October 1. On October 4, the county fired 14 employees for their refusal to comply with the directive. The state agency in charge of enforcing Florida’s law didn’t take kindly to the action.

In a letter to the county, the DOH notified officials it was assessing fines for 714 instances of lawlessness. The state charged Leon County a total of $3,570,000. Each penalty carries up to a $5,000 fine, and the county must pay the bill within 30 days. Gov. DeSantis said the county’s egregious actions violated medical privacy rights by firing dedicated workers because of their personal decisions. The governor added that the state would work hard to protect Floridians’ jobs, livelihoods, and liberties.

State Surgeon General Dr. Joseph Ladapo weighed in on the situation and stated that vaccine passports create resentment in the workplace. The surgeon general also stressed that when people lose their jobs, it impacts both personal and public health. Ladapo said individual rights are vital to a free society and that the DOH will enforce the law.

One State Government Entity Backs Down as Another Presses Forward

In September, DeSantis called out the city of Gainesville and Orange County for violating the statute. After receiving a notice of violation, Gainesville informed the DOH it rescinded its employee vaccine mandate. Orange County is a different matter.

A spokesman for Orange County said it did not receive a notice of violation from the state. Mayor Jerry Demings said the county has the authority to initiate the mandates and that county attorneys believe they are on solid grounds. As Leon County learned, that’s a big gamble. Despite the threat, though, Deming isn’t backing down. He said they’ll see how it all plays out.

The Department of Health could be busy if government entities don’t rescind their unlawful orders in the days and weeks ahead.